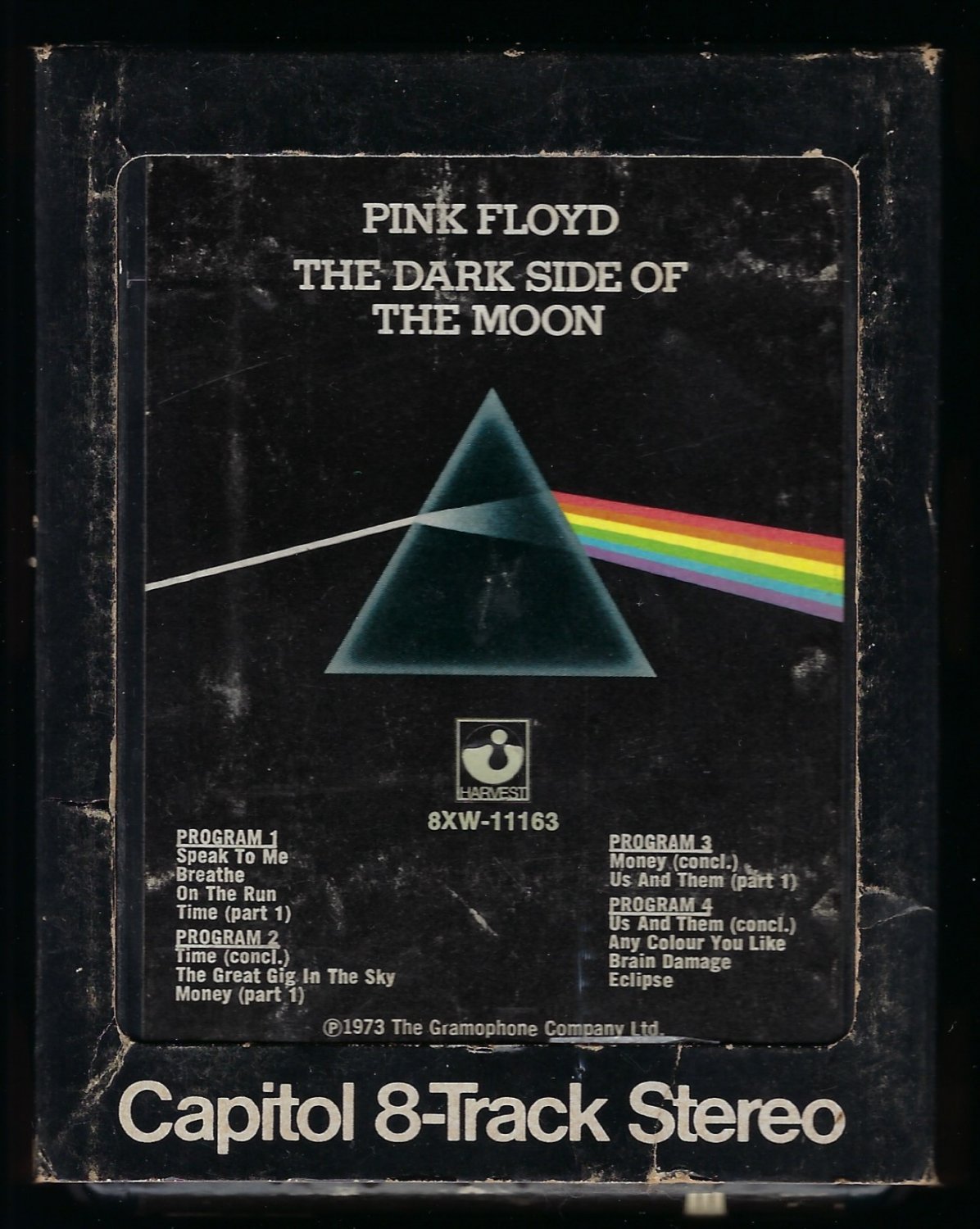 Tweet
The Dark Side of the Moon is the eighth studio album by English progressive rock band Pink Floyd, released in March 1973. It built on ideas explored in the band's earlier recordings and live shows, but lacks the extended instrumental excursions that characterised their work following the departure in 1968 of founder member, principal composer and lyricist, Syd Barrett. The Dark Side of the Moon's themes include conflict, greed, the passage of time and mental illness, the latter partly inspired by Barrett's deteriorating mental state.

The suite was developed during live performances and was premiered several months before studio recording began. The new material was recorded in two sessions in 1972 and 1973 at Abbey Road Studios in London. The group used some of the most advanced recording techniques of the time, including multitrack recording and tape loops. Analogue synthesisers were given prominence in several tracks, and a series of recorded interviews with the band's road crew and others provided the philosophical quotations used throughout. Engineer Alan Parsons was directly responsible for some of the most notable sonic aspects of the album, and the recruitment of non-lexical performer Clare Torry. The album's iconic sleeve features a prism that represents the band's stage lighting, the record's lyrical themes, and keyboardist Richard Wright's request for a "simple and bold" design.

The Dark Side of the Moon was an immediate success, topping the Billboard Top LPs & Tapes chart for one week. It subsequently remained in the charts for 741 weeks from 1973 to 1988. With an estimated 50 million copies sold, it is Pink Floyd's most commercially successful album and one of the best-selling albums worldwide. It has twice been remastered and re-released, and has been covered in its entirety by several other acts. It spawned two singles, "Money" and "Time". In addition to its commercial success, The Dark Side of the Moon is one of Pink Floyd's most popular albums among fans and critics, and is frequently ranked as one of the greatest rock albums of all time.

Pink Floyd were an English rock band who achieved worldwide success with their psychedelic and progressive rock music. Their work is marked by the use of philosophical lyrics, sonic experimentation, innovative album art, and elaborate live shows. Pink Floyd are one of the most critically acclaimed and commercially successful rock music groups of all time. It is estimated that they have sold over 200 million albums worldwide, including 74.5 million certified units in the United States.

The band originally consisted of university students Roger Waters, Nick Mason, Richard Wright and Syd Barrett. Founded in 1965, they first became popular playing in London's underground music scene in the late 1960s. Under Barrett's leadership they released two charting singles, "Arnold Layne" and "See Emily Play", and a successful début album, The Piper at the Gates of Dawn (1967). Guitarist and vocalist David Gilmour joined Pink Floyd several months prior to Barrett's departure from the group due to deteriorating mental health in 1968. Following the loss of their principal songwriter, Pink Floyd bassist and vocalist Roger Waters became the band's lyricist and conceptual leader, with Gilmour assuming lead guitar and sharing lead vocals. With this lineup Pink Floyd achieved worldwide critical and commercial success with The Dark Side of the Moon, Wish You Were Here, Animals and The Wall.

Wright left the group in 1979, and Waters in 1985, but Gilmour and Mason (joined by Wright) continued to record and tour. Waters resorted to legal means to try to keep them from performing as Pink Floyd, but the dispute was resolved with an out-of-court settlement which allowed Gilmour and Mason to continue, and which also released Waters from his contractual obligations to the band. Two further albums, A Momentary Lapse of Reason and The Division Bell followed. Despite almost two decades of acrimony, the band reunited in 2005 to perform at the charity concert Live 8.