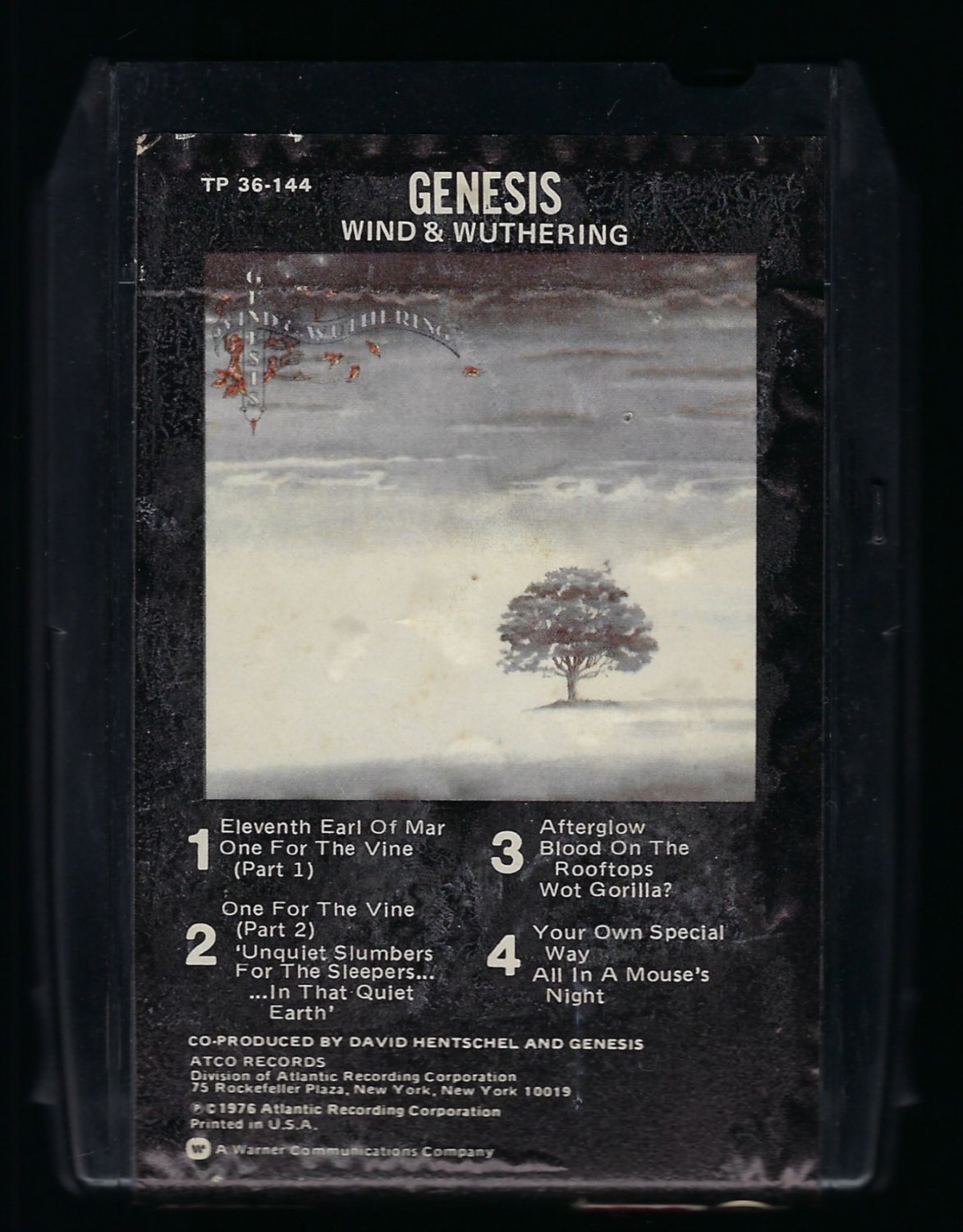 Tweet
Wind & Wuthering is the eighth studio album by English progressive rock band Genesis. It was released on 17 December 1976 on Charisma Records and is their last studio album to feature guitarist Steve Hackett. Following the success of their 1976 tour to support their previous album A Trick of the Tail, the group relocated to Hilvarenbeek in the Netherlands to record a follow-up album, their first recorded outside the UK. Writing and recording caused internal friction, for Hackett felt some of his contributions were dropped in favour of material by keyboardist Tony Banks.

The album received a positive response from critics and contributed to the band's growing popularity in the US. It reached No. 7 in the UK and No. 26 in the US and sold steadily, eventually reaching Gold certification by the British Phonographic Institute and the Recording Industry Association of America. The single "Your Own Special Way" was the band's first charting single in the US, reaching No.  62. The band's 1977 tour, their last with Hackett, was their first with Chester Thompson hired as their live drummer. Three tracks left off the album were released during this time as an extended play, Spot the Pigeon. The album was reissued with a new stereo and 5.1 surround sound mix in 2007.

Genesis began as a 1960s pop band playing moody, simple keyboard-driven melodies. During the 1970s, they evolved into a progressive rock band, incorporating complex song structures and elaborate instrumentation, while their concerts became theatrical experiences with innovative stage design, pyrotechnics, elaborate costumes and onstage stories. This second phase was characterised by lengthy performances such as the 23 minute "Supper's Ready" and The Lamb Lies Down on Broadway, the 1974 concept album. In the 1980s, the band produced accessible pop music based on melodic hooks; this change of direction gave them their first number one album in the United Kingdom, Duke, and their only number one single in the United States, "Invisible Touch".

Genesis has changed personnel several times. Founding member Anthony Phillips left the band in 1970 due to stage fright. In 1975, Collins, then the band's drummer, replaced Gabriel as lead singer after a lengthy search for a replacement. To facilitate Collins's move to lead vocals during concerts, Bill Bruford, and later Chester Thompson, played drums for the band, with Collins joining in briefly during lengthy instrumental passages. After Phil Collins left the band in 1996, Genesis recruited Ray Wilson (formerly of Stiltskin), who appeared on the 1997 album Calling All Stations. As a result of the commercial failure of Calling All Stations, the band announced an indefinite hiatus. However, in 2007, Banks, Collins and Rutherford reunited for a 20-city tour of Europe and North America, which included a free concert at Rome's Circo Massimo in front of 500,000 fans. Genesis was among five bands inducted into the Rock and Roll Hall of Fame in 2010.