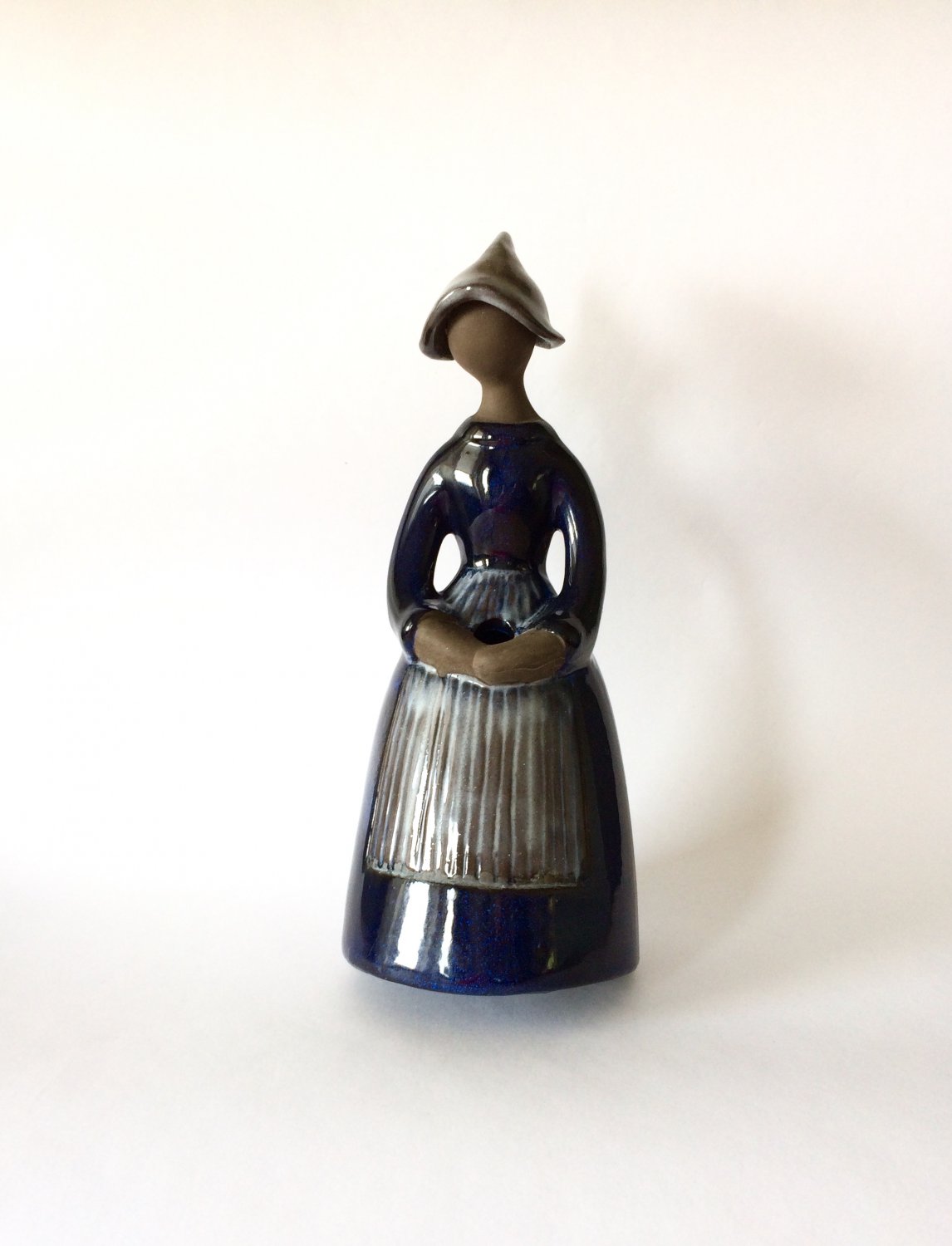 Tweet
Beautiful JIE ceramic figurine of a girl designed by Elsi Bourelius. This sculpture is known as "Girl with Flower" because the piece is made with an opening which can be used to place a flower. Another lovely detail about this piece is the way the girl two feet support the figurine giving it a subtle inclination.

This lovely figurine is in very good vintage condition. No chips, no cracks and no repairs.

Elsi Margaretha Bourelius was a Swedish ceramist and sculptor. She studied at Stockholm's "Högre konstindustriella skolan" between 1929-1934 and with a scholarship from the Swedish Design association (Svenska Slöjdföreningen) Elsi studied at Berlin's "Handwerkerschule der Stadt" in the years of 1936-1937. She worked in Denmark and the Netherlands and participated in several exhibitions all over Sweden. Elsi created several pieces for JIE Gantofta since its beginnings. She is famous for her beautiful figurines of women in traditional clothes.

Other Products from docevikavintage (View All)