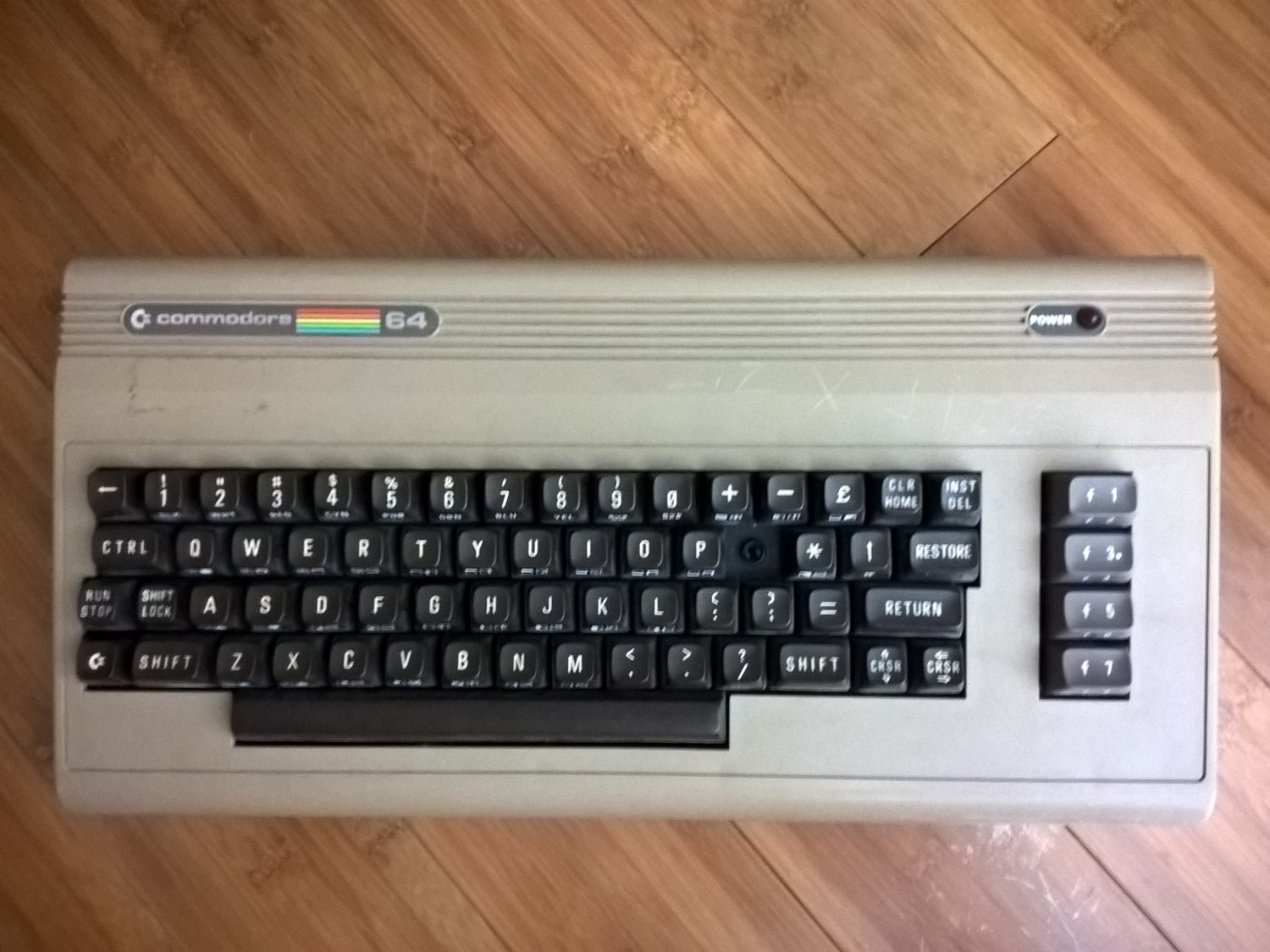 Description:
============
As pictured, a Commodore 64 computer. Includes just the base unit – no other accessories are available. There’s a broken key cap and other key presses don’t register, but was able to play a game from cartridge and sound is working. Sold As-Is.

Warranty and Returns:
=====================
This product is being sold AS-IS without any warranty. Returns are not accepted. To ensure that this is the right product for your needs, we’re happy to answer any questions.

About Us:
=========
The Computer Preservation Group is dedicated to the preservation of historical computers. To help fund ongoing operations, select items are made available. To learn more, please visit our website: www.computerpreservation.com. Thank you for your support!

The Commodore 64, also known as the C64 or the CBM 64, is an 8-bit home computer introduced in January 1982 by Commodore International (first shown at the Consumer Electronics Show, in Las Vegas, January 7–10, 1982).[4] It has been listed in the Guinness World Records as the highest-selling single computer model of all time,[5] with independent estimates placing the number sold between 10 and 17 million units.[2] Volume production started in early 1982, marketing in August for US$595 (equivalent to $1,576 in 2019).[6][7] Preceded by the Commodore VIC-20 and Commodore PET, the C64 took its name from its 64 kilobytes (65,536 bytes) of RAM. With support for multicolor sprites and a custom chip for waveform generation, the C64 could create superior visuals and audio compared to systems without such custom hardware.

The C64 dominated the low-end computer market for most of the 1980s.[8] For a substantial period (1983–1986), the C64 had between 30% and 40% share of the US market and two million units sold per year,[9] outselling IBM PC compatibles, Apple computers, and the Atari 8-bit family of computers. Sam Tramiel, a later Atari president and the son of Commodore's founder, said in a 1989 interview, "When I was at Commodore we were building 400,000 C64s a month for a couple of years."[10] In the UK market, the C64 faced competition from the BBC Micro and the ZX Spectrum,[11] but the C64 was still one of the two most popular computers in the UK.[12]

Part of the Commodore 64's success was its sale in regular retail stores instead of only electronics or computer hobbyist specialty stores. Commodore produced many of its parts in-house to control costs, including custom integrated circuit chips from MOS Technology. It has been compared to the Ford Model T automobile for its role in bringing a new technology to middle-class households via creative and affordable mass-production.[13] Approximately 10,000 commercial software titles have been made for the Commodore 64, including development tools, office productivity applications, and video games.[14] C64 emulators allow anyone with a modern computer, or a compatible video game console, to run these programs today. The C64 is also credited with popularizing the computer demoscene and is still used today by some computer hobbyists.[15] In 2011, 17 years after it was taken off the market, research showed that brand recognition for the model was still at 87%.

Other Products from comppreservation (View All)