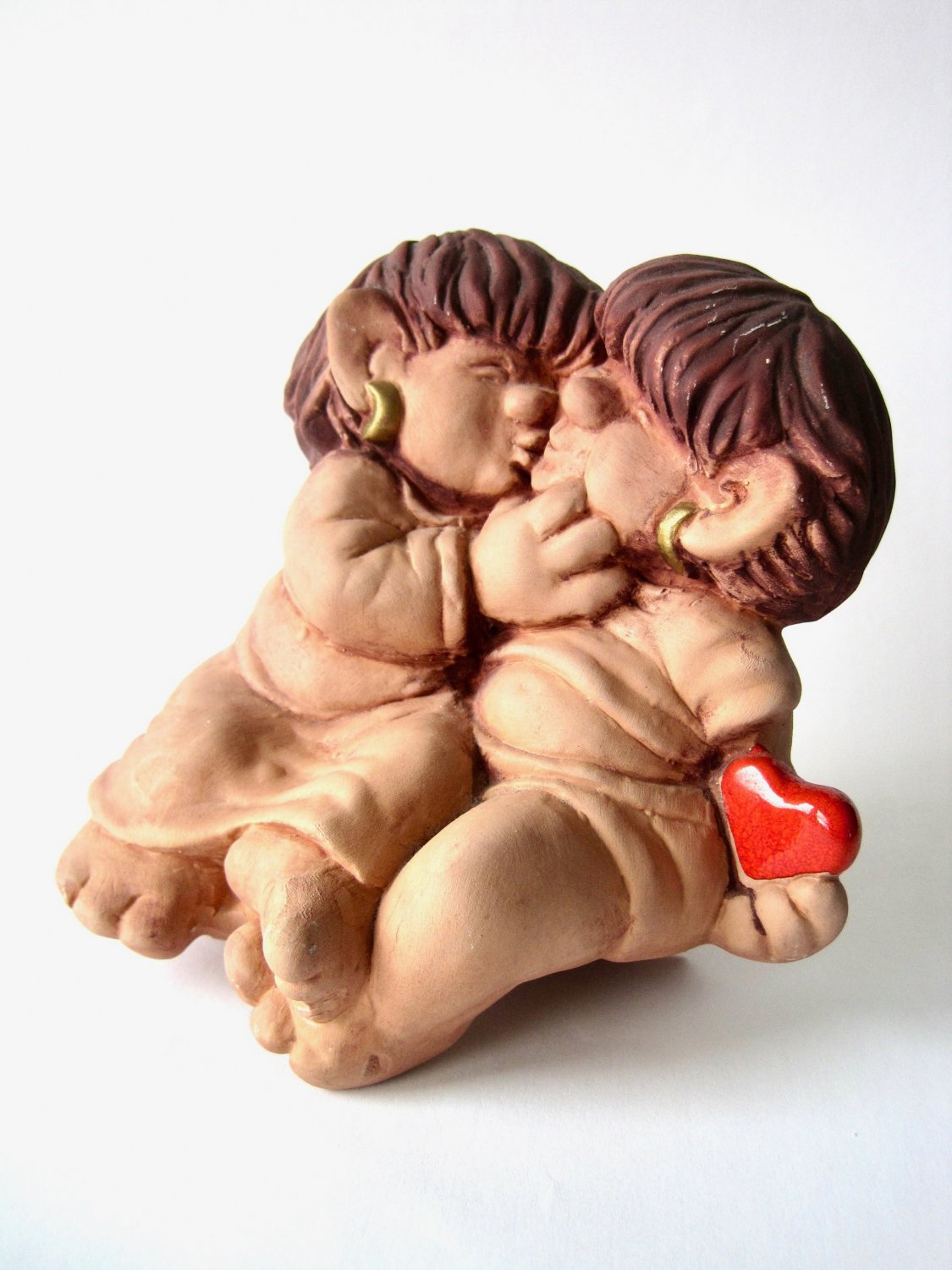 Tweet
Lovely JIE ceramic figurine of a troll couple in love and kissing. Both trolls are wearing golden ear rings and the male troll has a small heart in his hands. Figurine designed by Ewa Jarenskog. The sculpture is made with a dent on the base so it can be placed on a shelf with the trolls' feet, on front part of the piece, hanging on the outside.

This lovely figurine is in very good vintage condition. No chips, no cracks and no repairs.

Ewa Jarenskog (1947-) started working for JIE Gantofta in 1980 and worked for the company until it went bankrupt in 1992. After that she became a freelance designer for JIE Keramik, She is famous for her figurines of children, families and trolls.