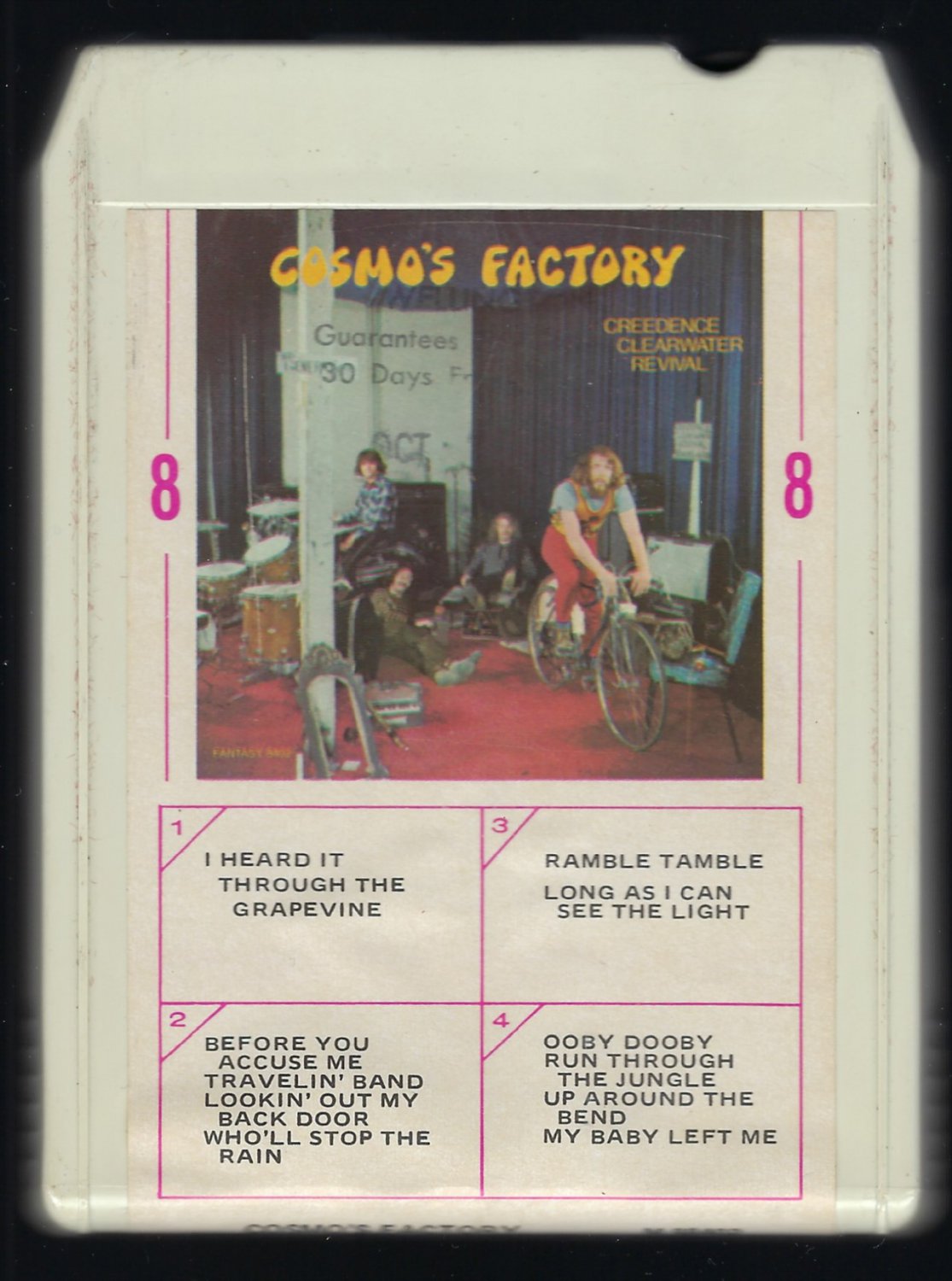 Tweet
Cosmo's Factory is the fifth studio album by American rock band Creedence Clearwater Revival (CCR), released by Fantasy Records in July 1970 and released as Fantasy 8402, the same month as the single release of "Lookin' Out My Back Door" b/w "Long as I Can See the Light". The name of the album comes from the warehouse in Berkeley where the band rehearsed early in their career. It was dubbed "The Factory" by drummer Doug "Cosmo" Clifford, because bandleader John Fogerty made them practice there almost every day. The album is regarded as the band's best in their catalogue by critics and fans.

Creedence Clearwater Revival (often abbreviated CCR) was an American rock band that gained popularity in the late 1960s and early 1970s with a number of successful singles drawn from various albums.

CCR's music is still a staple of American and worldwide radio airplay and often figures in various media. The band has sold 26 million albums in the United States alone. CCR was inducted into the Rock and Roll Hall of Fame in 1993.