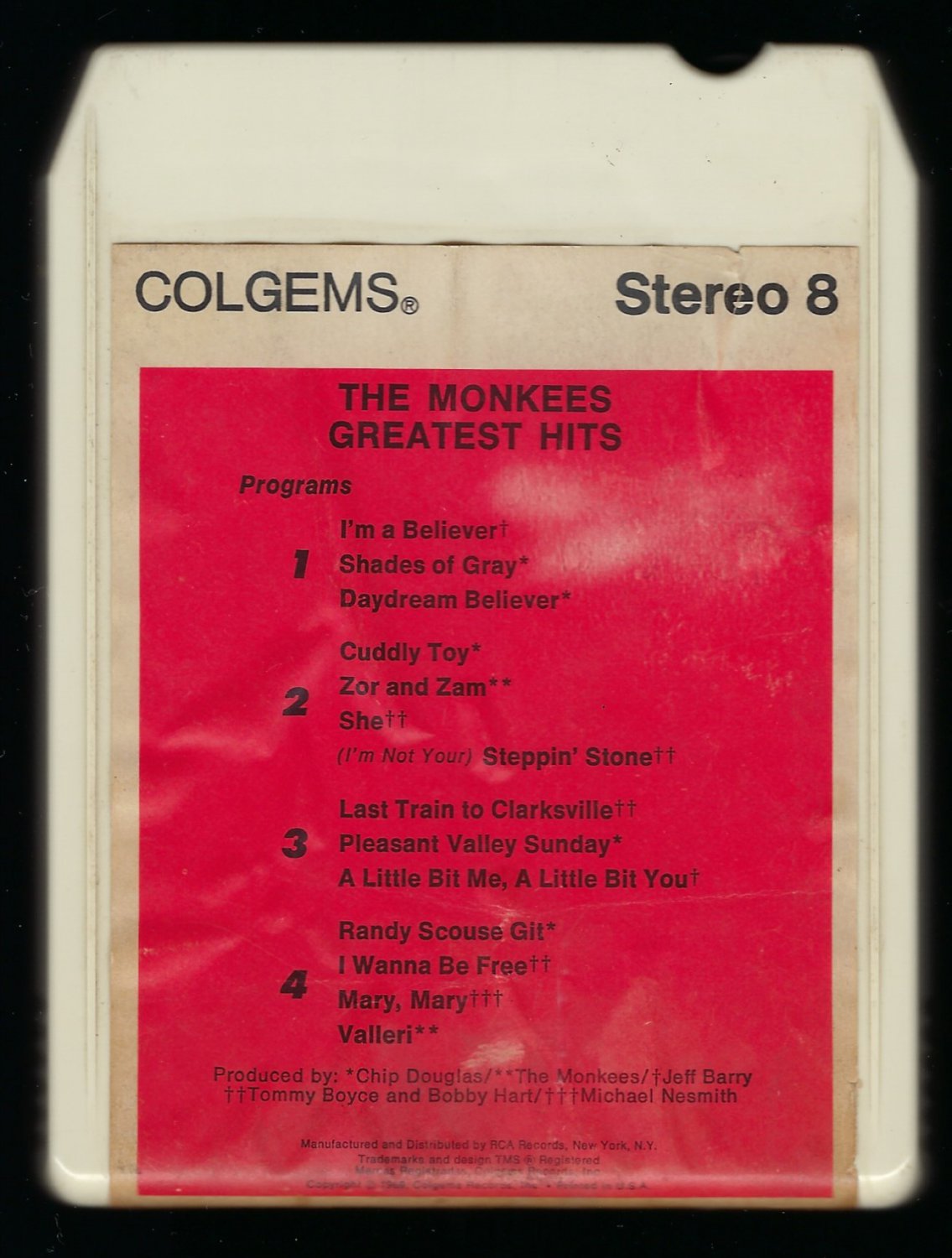 Tweet
The Monkees Greatest Hits is the first greatest hits album by The Monkees, issued by Colgems in June 1969.

The Monkees are an American rock band that released music under its original incarnation between 1966 and 1970, with subsequent reunion albums and tours in the decades that followed. Assembled in Los Angeles in 1965 by Robert "Bob" Rafelson and Bert Schneider for the American television series The Monkees, which aired from 1966–1968, the musical acting quartet was composed of Americans Micky Dolenz, Michael Nesmith, and Peter Tork, and Englishman Davy Jones. The band's music was initially supervised by producer Don Kirshner.

Described by band member Micky Dolenz as initially being "a TV show about an imaginary band that wanted to be The Beatles, that was never successful", the actor-musicians soon became a real band. As Dolenz would later describe it, "The Monkees really becoming a band was like the equivalent of Leonard Nimoy really becoming a Vulcan."

For the first few months of their almost five-year initial career, the four actor-musicians were only allowed limited roles in the recording studio. This was due in part to the excessive time spent filming the TV series, which in turn limited the amount of time available to the group to rehearse and coalesce as a band. Nonetheless, Nesmith did compose and produce some songs from the beginning, and Peter Tork contributed limited guitar work on the Nesmith-produced sessions. They soon fought for and earned the right to collectively supervise all musical output under the band's name. Although the sitcom was canceled in 1968, the band continued to record music through 1971.

In 1986, the television show experienced a revival, which led to a series of reunion tours and new records. Up until 2011, the ggroup has reunited and toured several times, to varying degrees of success. Despite the death of D Davy Jones in February 2012, the surviving members announced that a brief reunion tour would commence in November 2012.

The Monkees had a number of international hits, including "Last Train to Clarksville", "I'm a Believer", "Pleasant Valley Sunday", and "Daydream Believer". At their peak in 1967, the band outsold both the Beatles and Rolling Stones. As of 2012, their albums and singles have sold over 65 million copies worldwide.