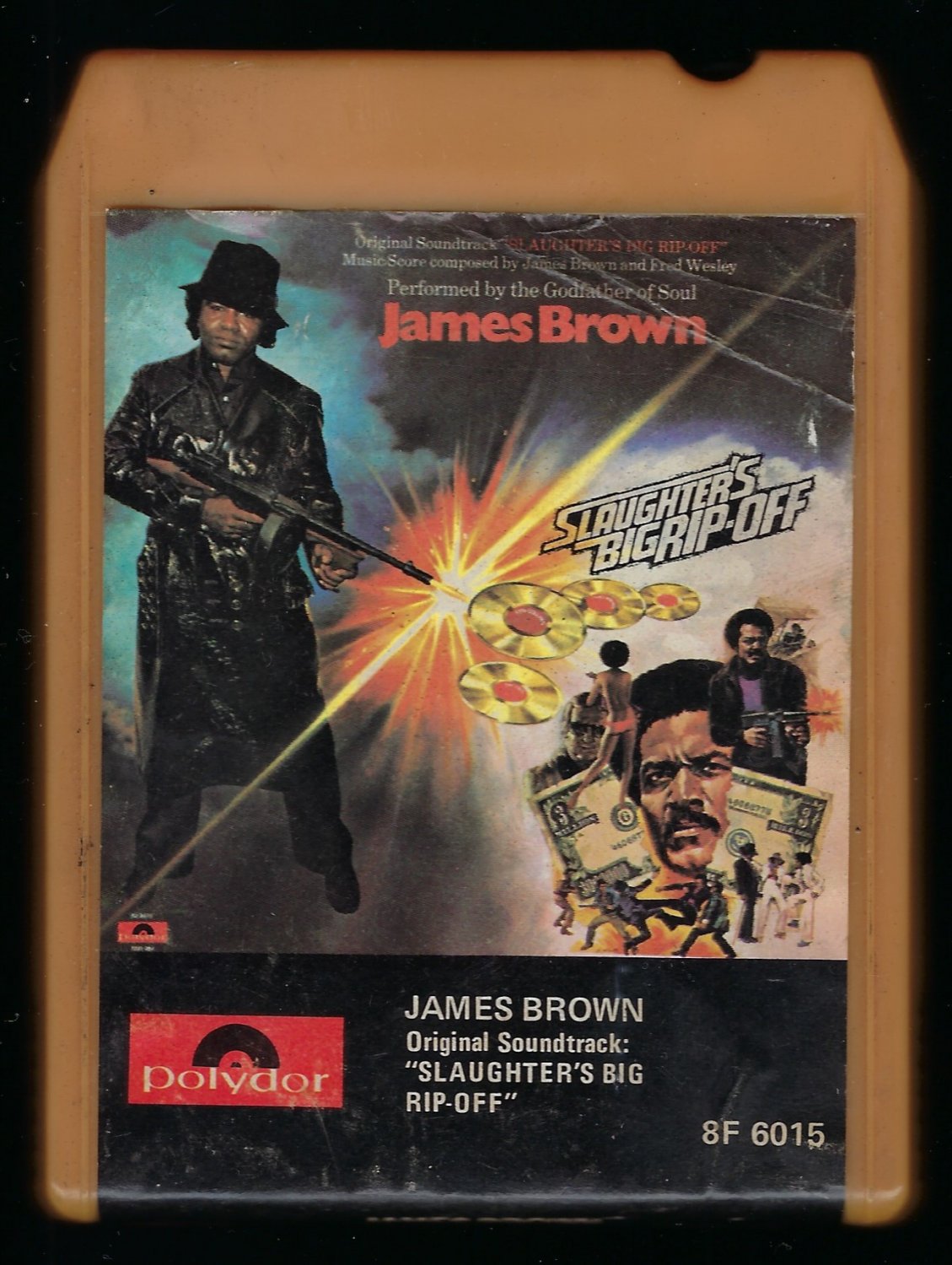 Tweet
Slaughter's Big Rip-Off is a 1973 blaxploitation film directed by Gordon Douglas and written by Charles Eric Johnson. The film stars Jim Brown, Ed McMahon, Don Stroud, Brock Peters, Gloria Hendry and Dick Anthony Williams. The film was released on August 31, 1973, by American International Pictures. It is the sequel to the 1972 film Slaughter.

ames Joseph Brown (May 3, 1933 – December 25, 2006) was an American singer, songwriter, dancer, musician, record producer and bandleader. A progenitor of funk music and a major figure of 20th century popular music and dance, he is often referred to as the "Godfather of Soul". In a career that lasted 50 years, he influenced the development of several music genres.

Brown began his career as a gospel singer in Toccoa, Georgia. He joined an R&B vocal group, the Gospel Starlighters (which later evolved into the Flames) founded by Bobby Byrd, in which he was the lead singer. First coming to national public attention in the late 1950s as a member of the singing group The Famous Flames with the hit ballads "Please, Please, Please" and "Try Me", Brown built a reputation as a tireless live performer with the Famous Flames and his backing band, sometimes known as the James Brown Band or the James Brown Orchestra. His success peaked in the 1960s with the live album Live at the Apollo and hit singles such as "Papa's Got a Brand New Bag", "I Got You (I Feel Good)" and "It's a Man's Man's Man's World". During the late 1960s he moved from a continuum of blues and gospel-based forms and styles to a profoundly "Africanized" approach to music-making that influenced the development of funk music. By the early 1970s, Brown had fully established the funk sound after the formation of the J.B.s with records such as "Get Up (I Feel Like Being a) Sex Machine" and "The Payback". He also became noted for songs of social commentary, including the 1968 hit "Say It Loud – I'm Black and I'm Proud". Brown continued to perform and record until his death from congestive heart failure in 2006.

Brown recorded 17 singles that reached number one on the Billboard R&B charts. He also holds the record for the most singles listed on the Billboard Hot 100 chart which did not reach number one. Brown has received honors from many institutions, including inductions into the Rock and Roll Hall of Fame and Songwriters Hall of Fame. In Joel Whitburn's analysis of the Billboard R&B charts from 1942 to 2010, James Brown is ranked as number one in The Top 500 Artists. He is ranked seventh on the music magazine Rolling Stone's list of its 100 greatest artists of all time. Rolling Stone has also cited Brown as the most sampled artist of all time