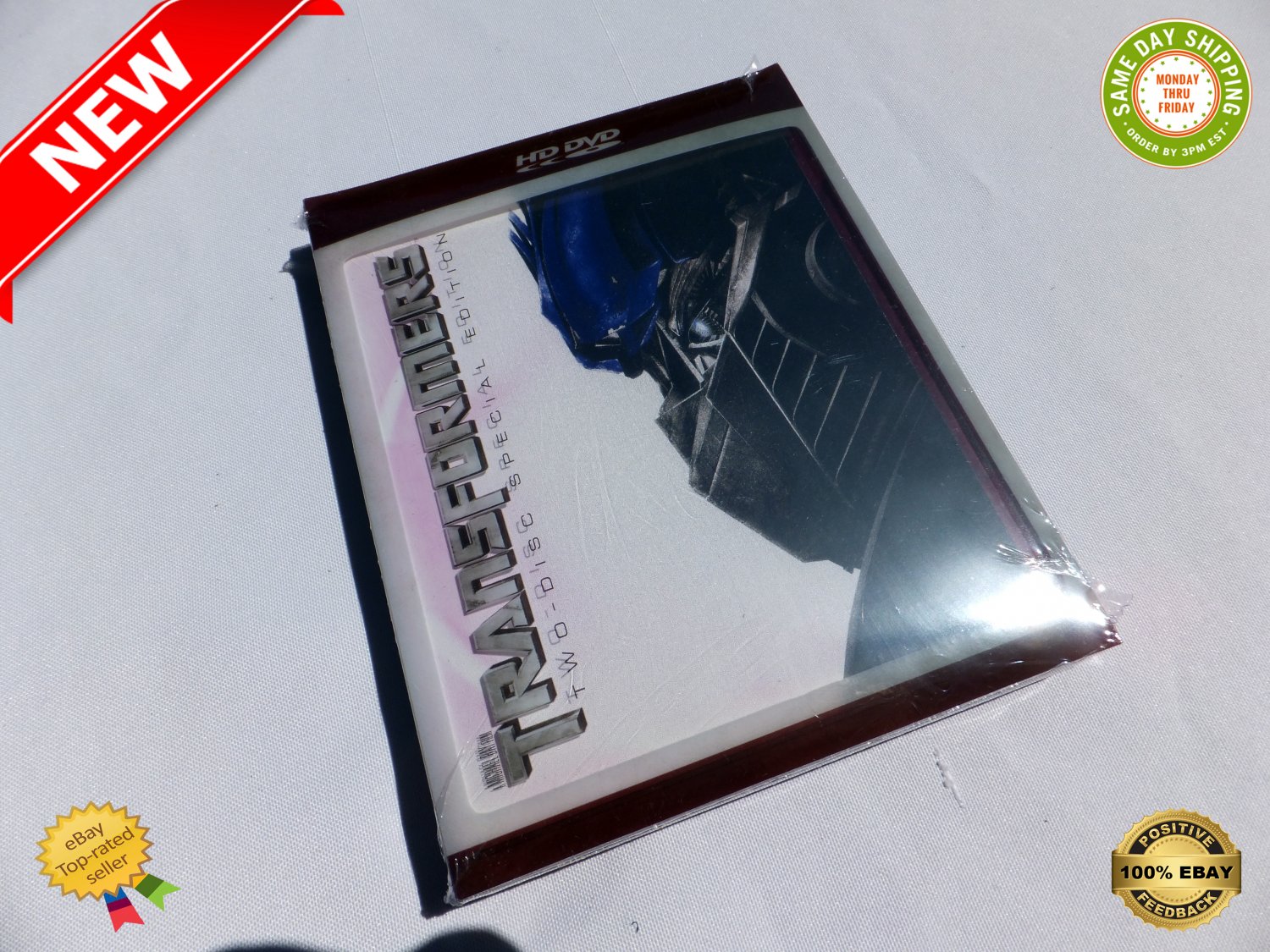 IMPORTANT: HD DVD are NOT normal DVD nor Blu-ray !!
So this movie will need a player that can specifically read HD DVD in order to play correctly.

HD-DVD is new and will come shrink wrapped.

THIS IS AN USA NTSC VERSION.

Description
(From the Manufacturer)
Product details:

"I bought a car. Turned out to be an alien robot. Who knew?" deadpans Sam Witwicky, hero and human heart of Michael Bay's rollicking robot-smackdown fest, Transformers. Witwicky (the sweetly nerdy Shia LaBeouf, channeling a young John Cusack) is the perfect counterpoint to the nearly nonstop exhilarating action. The plot is simple: an alien civil war (the Autobots vs. the evil Decepticons) has spilled onto Earth, and young Sam is caught in the fray by his newly purchased souped-up Camaro. Which has a mind--and identity, as a noble-warrior robot named Bumblebee--of its own. The effects, especially the mind-blowing transformations of the robots into their earthly forms and back again, are stellar.

Fans of the earlier film and TV series will be thrilled at this cutting-edge incarnation, but this version should please all fans of high-adrenaline action. Director Bay gleefully salts the movie with homages to pop-culture touchstones like Raiders of the Lost Ark, King Kong, and the early technothriller WarGames. The actors, though clearly all supporting those kickass robots, are uniformly on-target, including the dashing Josh Duhamel as a U.S. Army sergeant fighting an enemy he never anticipated; Jon Voight, as a tough yet sympathetic Secretary of Defense in over his head; and John Turturro, whose special agent manages to be confidently unctuous, even stripped to his undies. But the film belongs to Bumblebee, Optimus Prime, and the dastardly Megatron--and the wicked stunts they collide in all over the globe. Long live Transformers! --A.T. Hurley
UPC 097361312804
ISBN 1-4157-3656-1

Other Products from drakkor (View All)