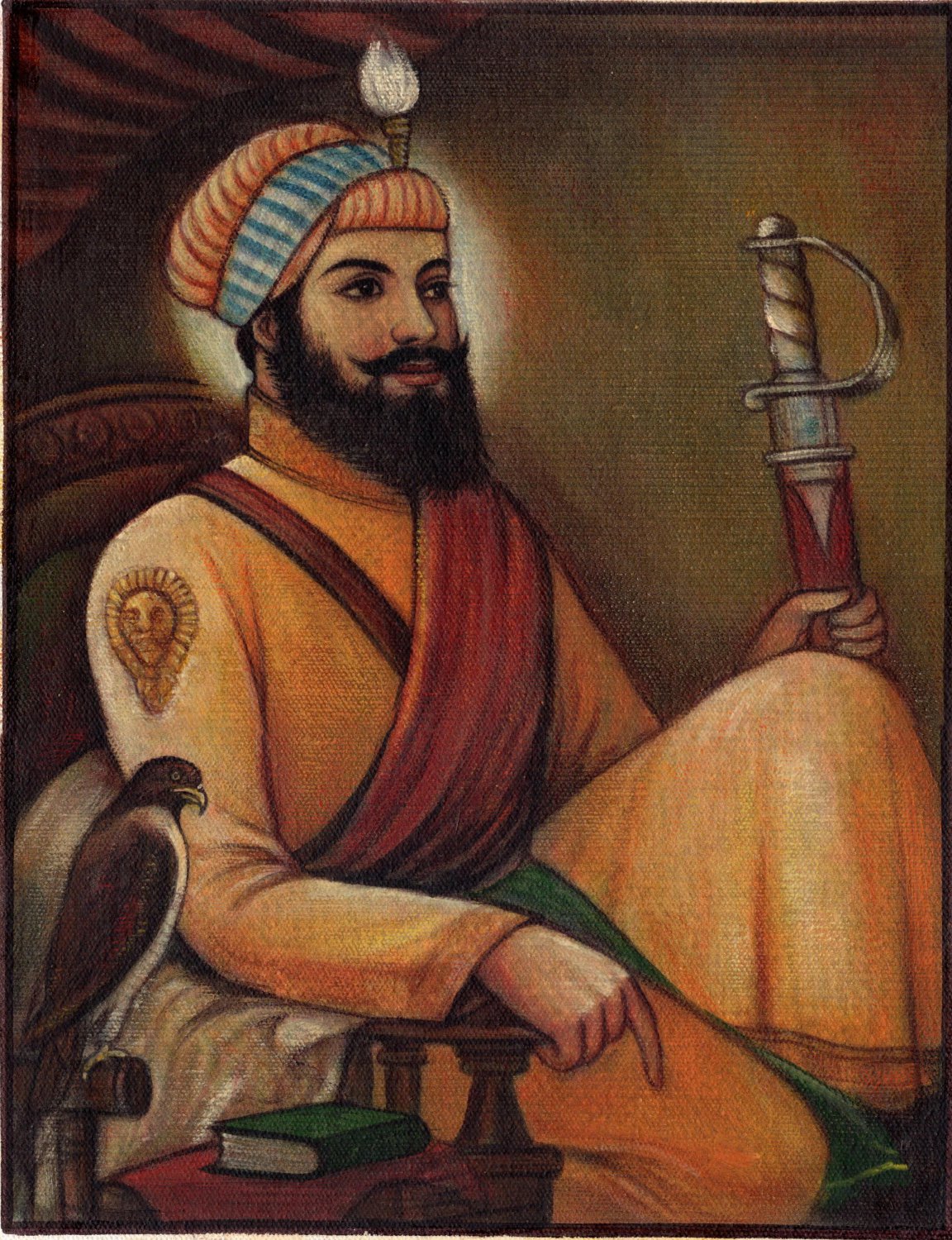 Guru Hargobind introduced the process of militarization to Sikhism, likely as a response to his father's execution and to protect the Sikh community from the Mughals. He symbolized it by wearing two swords, representing the dual concept of miri and piri (temporal power and spiritual authority). In front of the Harmandir Sahib in Amritsar, Guru Hargobind constructed the Akal Takht (the throne of the timeless one). The Akal Takht represents the highest seat of earthly authority of the Khalsa (the collective body of the Sikhs) today.

This brilliant portrait artwork shows the Guruji in his finest bringing out his great character and charisma.