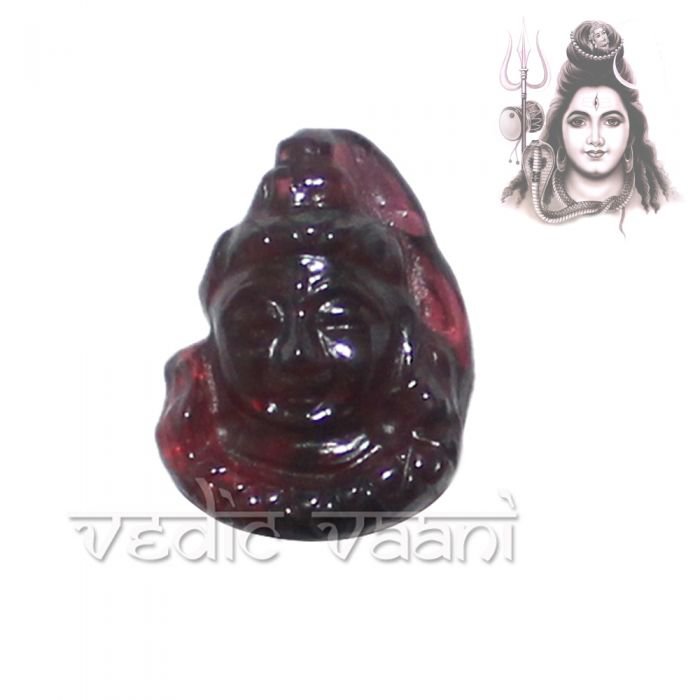 Siva means, graciousness; auspiciousness; Mangalam. He is all graciousness, ever auspicious, Sarva Mangalam. That is the reason why the epithet, Sri, which indicates these qualities, is not added to the name Siva, Sankara, lsvara etc. It is added to the number of Avatars, for they have taken on perishable bodies for a specific purpose. They have to be distinguished from other humans, by the epithet,Siva is eternally gracious, auspicious, mangala and so the epithet is superfluous.Siva is adored as the teacher of teachers, Dakshinamurti.The form of Siva is itself a great lesson in tolerance and forbearance.

Garnets have been widely known for thousands of years, and it has long been known as the warriors stone, as soldiers from the world over wore or carried this gem as a talisman against death and injury. But it was also said to bring victory, peace and tranquillity, as well as healing injuries by stopping the flow of blood.

When given as a gift, the garnet is said to grant loyalty and affection. If wearing a garnet though, beware if the stone loses its luster, this is a sign of approaching danger or disaster.

It is an excellent stone for manifestation, and can assist mystically with building one's self-confidence as well as success in one's chosen profession. The Garnet is commonly known as the stone for a successful business. If your business is not as good as it should be, just put three or more garnets on your desk, and improvement should be forthcoming.

A garnet gemstone under a pillow is said to prevent bad dreams, as well, wearing the gemstone in jewelry is told to help generate popularity amongst peers, and help alleviate depression; it will also bring constancy to friendships.

Garnet is also a protective energy stone which is especially effective for protection from evil. It is also often used for gentle spiritual healing. Lore tells that garnet can heal the blood, heart and lungs.