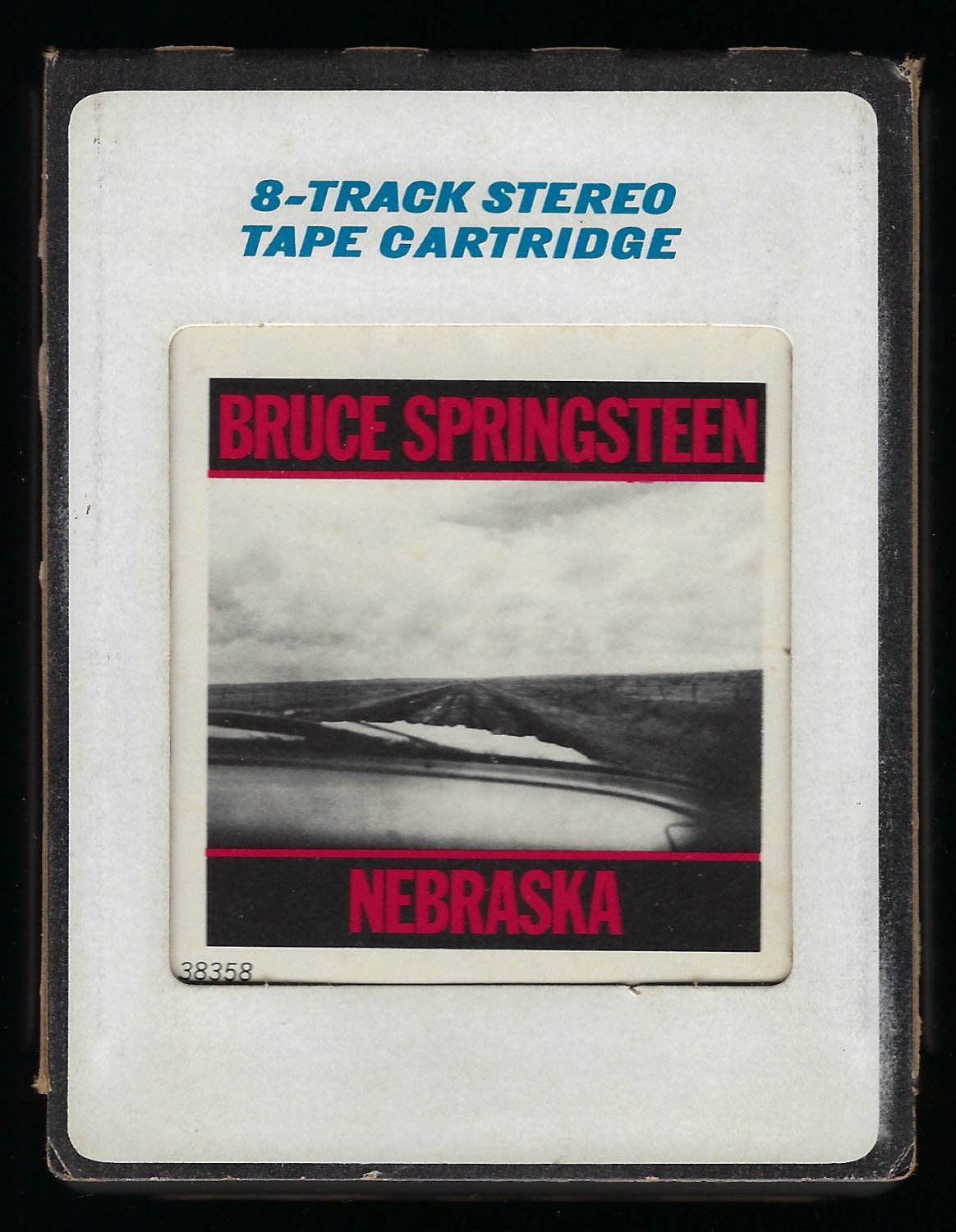 Tweet
Nebraska is the sixth studio album by Bruce Springsteen, released on September 30, 1982, by Columbia Records.

Sparsely recorded on a 4-track cassette tape Portastudio 144, the songs on Nebraska were originally intended as demos of songs to be recorded with the E Street Band. However, Springsteen ultimately decided to release the demos himself. Nebraska remains one of the most highly regarded albums in his catalog.
The songs on Nebraska deal with ordinary, down-on-their-luck blue-collar characters who face a challenge or a turning point in their lives. The songs also treat the subject of outsiders, criminals and mass murderers with little hope for the future — or no future at all - as in the title track, where the main character is sentenced to death in the electric chair. Unlike previous albums, which often exude energy, youth, optimism and joy, the vocal tones of Nebraska are solemn and thoughtful, with fleeting moments of grace and redemption woven through the lyrics. The album's reverb-laden vocals and mood combined with dark lyrical content have been described by music critic William Ruhlmann as "one of the most challenging albums ever released by a major star on a major record label." Because of the album's somber content, Springsteen chose not to tour in support of the album, making it Springsteen's only major release that was not supported by a tour.

Bruce Frederick Joseph Springsteen (born September 23, 1949), nicknamed "The Boss", is an American singer-songwriter who records and tours with the E Street Band. Springsteen is widely known for his brand of heartland rock infused with pop hooks, poetic lyrics, and Americana sentiments centered on his native New Jersey.

Springsteen's recordings have included commercially accessible rock albums and somber folk-oriented works. He is known for putting on electrifying live performances that routinely last more than three hours, and sometimes (especially in the earliest concerts of his career) more than four or five.

His most successful studio albums, Born to Run and Born in the U.S.A., showcase a talent for finding grandeur in the struggles of daily American life. The latter album made him one of the world's most recognized musicians.

He has earned numerous awards for his work, including 20 Grammy Awards, two Golden Globes and an Academy Award, and continues to have a strong global fan base. He has sold more than 65 million albums in the United States and 120 million worldwide. He was a 2009 recipient of the Kennedy Center Honors and in the same year Forbes ranked him 6th in The Celebrity 100.

He is married to Patti Scialfa, a member of the E Street Band. They have three children.