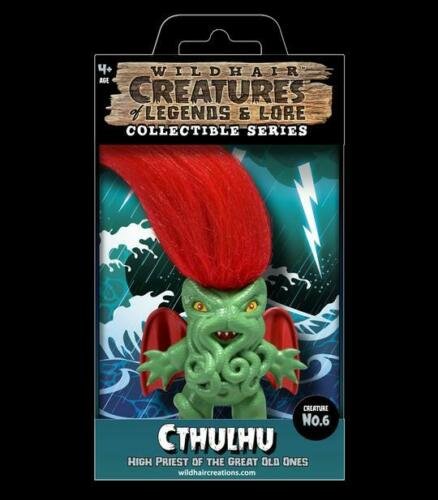 Be very quiet - especially if you’re anywhere near the South Pacific. You don’t want to disturb the all-powerful being hibernating deep below the surface of the ocean known as Cthulhu. He is a malevolent and massively imposing character who measures hundreds of meters tall when upright. This slumbering, subterranean, winged creature’s most unique physical feature is his tentacled octopus-like face. Simply looking at Cthulhu has been known to drive one insane.

The dreaded Cthulhu rests in a death-like slumber entombed deep beneath the ocean within the nightmare city R`lyeh. Even as this monstrous entity sleeps, his presence shakes the subconscious minds of the world’s population with apprehensive anxiety and angst. A dominant force amongst the pantheon of Great Old Ones, Cthulhu has unknown throngs of cult worshippers who celebrate his eventual rise and supreme reign. Jump in…the water is fine…
... [Full Description]

Other Products from tactics2toys (View All)