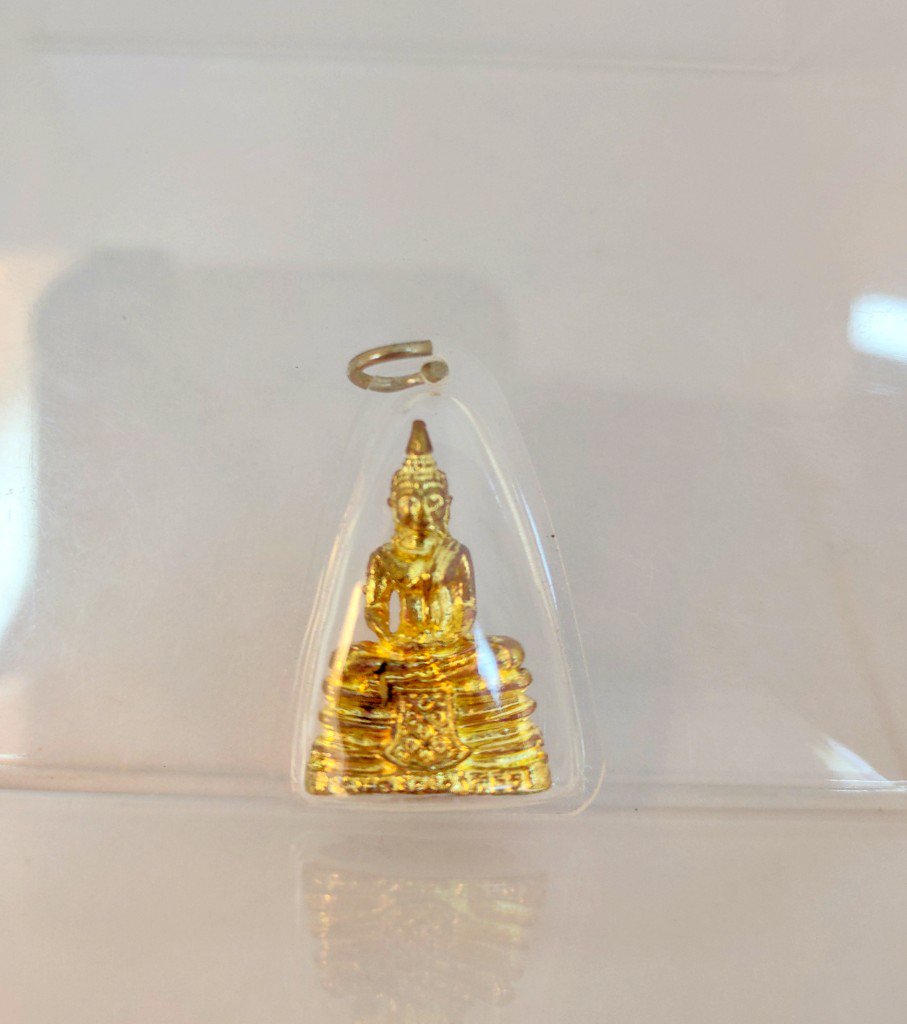 Most OF Thai peoples believe that wearing around the neck a Buddha holy amulet protect them from anything. There are even some policemen that don't wear any bullet-proof jacket or some drivers that don't use their seat-belt while driving because they are protected by the magic of the amulet against bullets or accidents.Some people also wear several holy amulets to have more protection. Some also wear amulets in shape of male sex in order to improve their virility. The instructor or the knowledge to create amulets. Amulet Amulet was probably chanted. Spells with grace Boutique towards immortality great charm to inherit Buddhism
... [Full Description]

Other Products from pimhoney (View All)