Artsakh Monument in Stone, We Are Our Mountains in Tuff Stone, Karabakh Sculpture 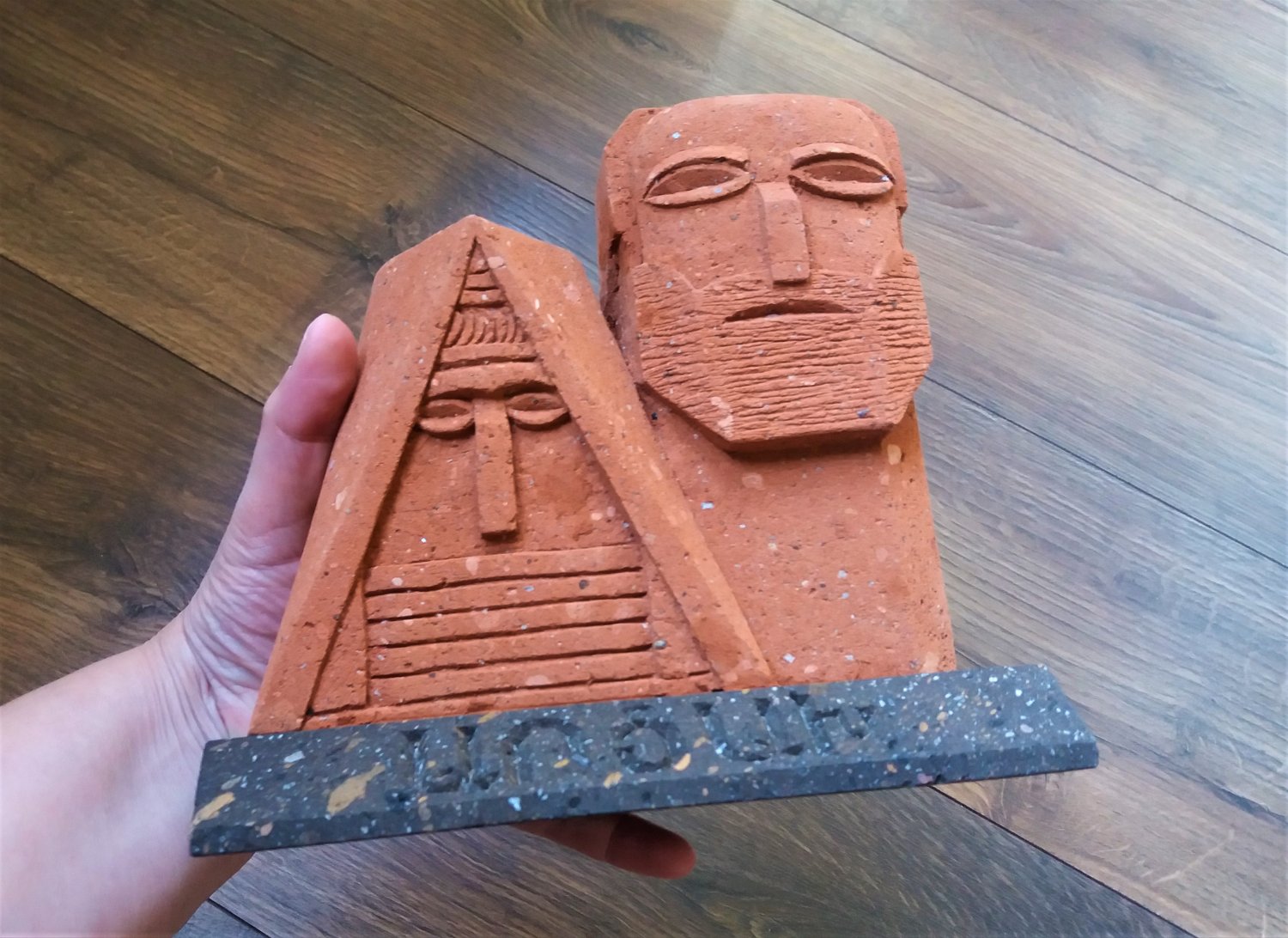 Tweet
Artsakh Monument in Stone, We Are Our Mountains in Tuff Stone, Karabakh Sculpture

This Artsakh monument carved in the tuff stone, light and high resistant. It is a type of rock consisting of consolidated volcanic ash ejected from vents during a volcanic eruption. From the region of Artik it is make and used in Armenia for buildings houses and bridges.
"We Are Our Mountains" (Armenian: Մենք ենք, մեր լեռները, Menk' enk' mer lernerə) is a large monument north of Stepanakert, the capital city of de facto independent and unrecognized Artsakh,. The sculpture, completed in 1967 by Sargis Baghdasaryan, is widely regarded as a symbol of the Armenian heritage of the region. The monument is made from volcanic tufa and depicts an old man and woman hewn from rock, representing the mountain people of Karabakh. It is also known as "tatik-papik" (տատիկ-պապիկ) in Armenian, which translates as "Grandmother and Grandfather". The sculpture is prominent in Artsakh's coat of arms.
Height 18cm – 7in
Length 18.5cm – 7.2in
Wight 8cm – 3in
Weight 1690gr