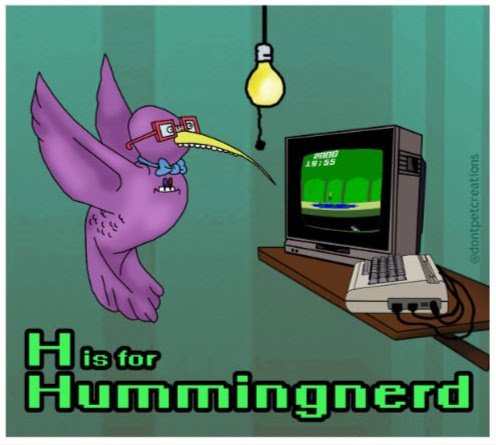 They are known as Hummingnerds because of the humming sound created by their beating wings, which flap at high frequencies audible to humans but also they're total nerds.

They hover in mid-air at rapid wing-flapping rates, playing D&D and complaining about the new Star Wars films. Wing-flapping rates vary from around 12 beats per parsec in the largest species, to in excess of Warp Factor 5 in some of the smallest.

Hummingnerds have the highest mass-specific incel rate of any homeothermic animal.

To conserve energy when sex is scarce and nightly when not foraging, they can go into Qong a state similar to hibernation, and slow their libido to 1/15 of its normal rate.
... [Full Description]