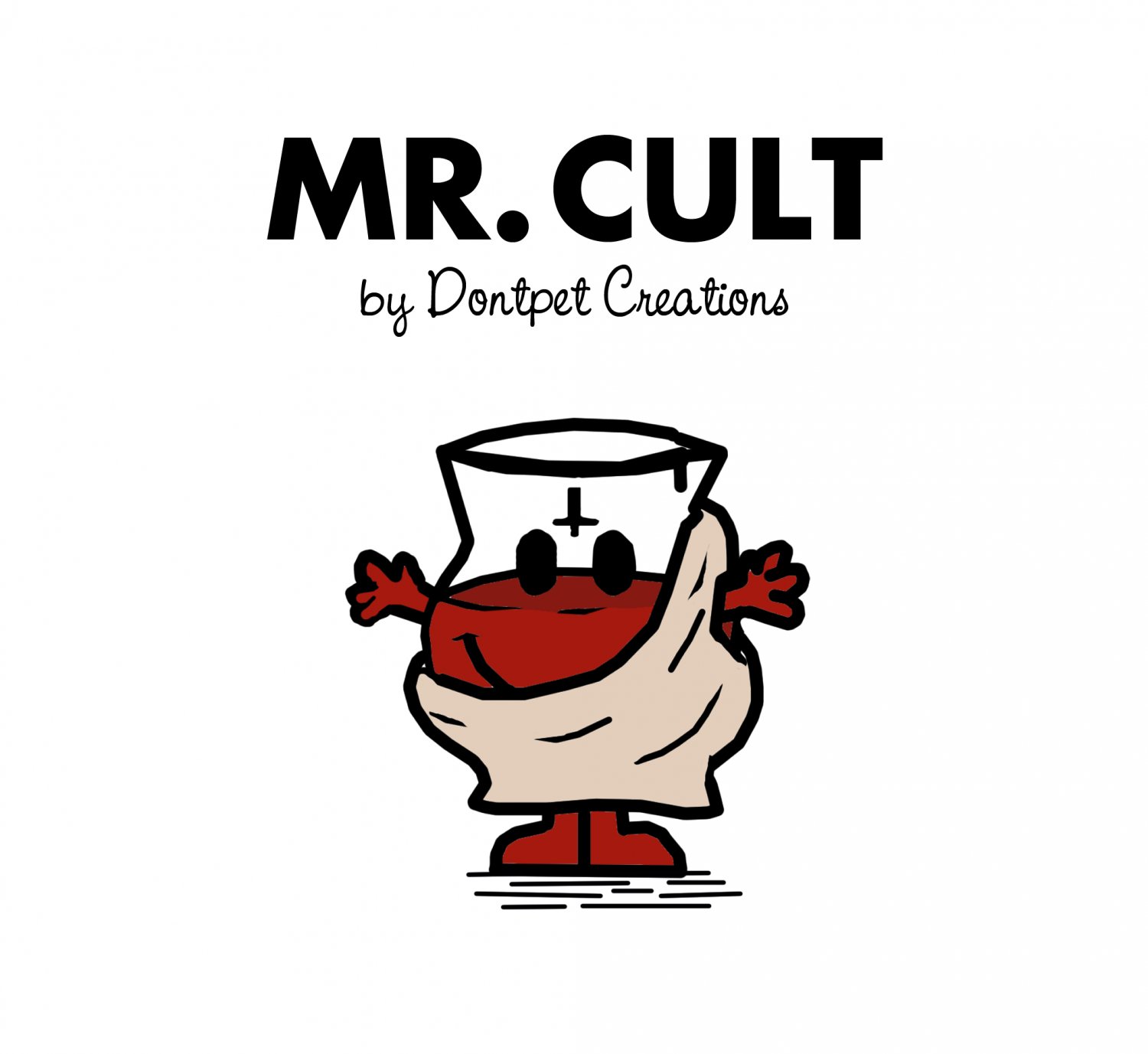 Tweet
Mr. Cult is a cult leader, preacher and self-professed faith healer. He launched the Church of Doowutchyalike during the 1990s which amassed a small but loyal following. Mr. Cult and his inner circle attempted and failed at orchestrating a mass murder-suicide of himself and his followers when he accidentally used sugar instead of poison, after hearing multiple health advisories of the dangers of sugar. He currently lives with his cult in a n old refurbished school bus.