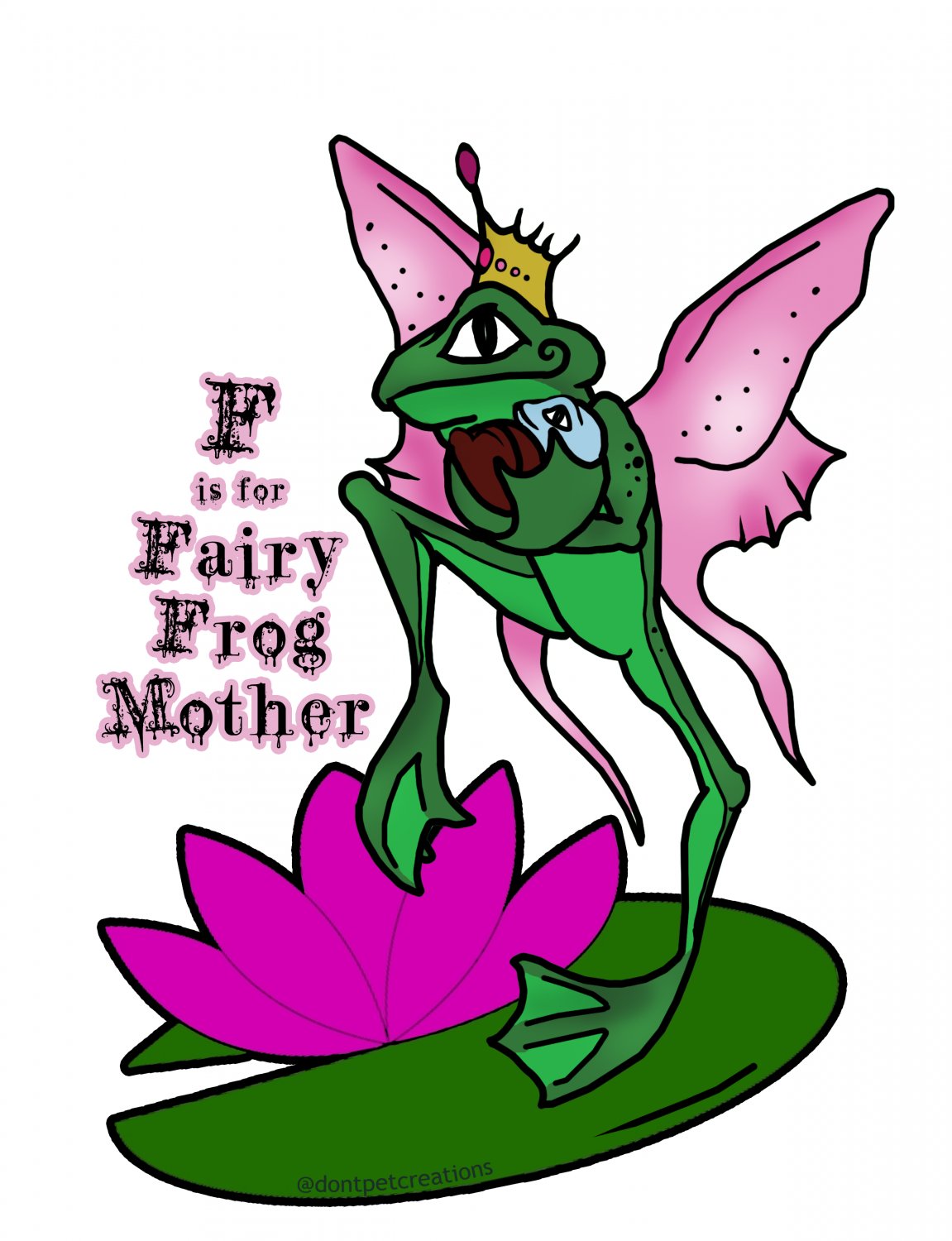 Tweet
If you're very lucky, you may get to meet the Fairy Frogmother. This elusive magical creature leaps from child to child helping out with frog related magic.

Years ago, she had been a regular Fairy Godmother, but while helping a princess find her true love, unfortunately raised the ire of an evil witch.

However, the spell had unintended side effects as she awoke to find herself trapped in the swamp, facing mirror images that were not her own, and driven by an unknown force to change history for the better. Her only guide on this journey is Al, an observer from her own kingdom, who appears in the form of a hologram that only the Fairy Frogmother can see and hear. And so she finds herself leaping from lily pad to lily pad, striving to put right what once went wrong and hoping each time that her next leap... will be the leap home.