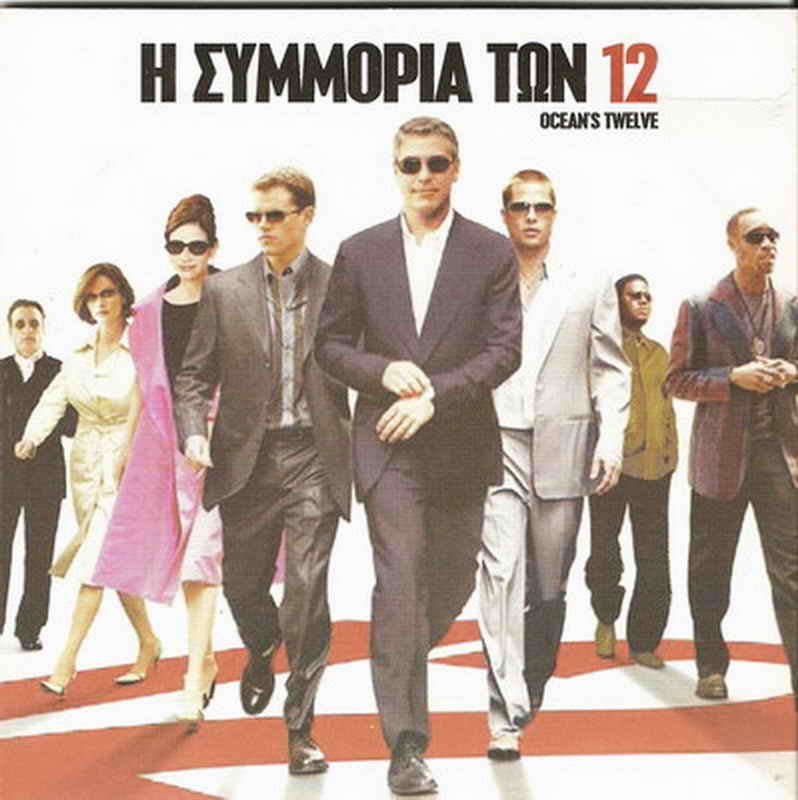 Picture: .
After pulling off the heist of their lives, Danny Ocean and his pals unexpectedly find themselves back in harness in this sequel to 2001's blockbuster hit Ocean's Eleven. After robbing a cool $160 million from the Bellaggio Hotel Casino and winning back his former wife, Tess (Julia Roberts), from Bellagio owner Terry Benedict (Andy Garcia), Danny Ocean (George Clooney) is living quietly on the lam in Connecticut when he's unexpectedly approached by Benedict. It seems Benedict has tracked down Danny and the ten men who helped him pull off the seemingly impossible robbery, and Benedict offers them a proposal -- if they can repay the $160 million in two weeks, he won't have them killed. As it turns out, both Danny and his best friend, Rusty Ryan (Brad Pitt), haven't been doing so well in terms of money management and could use some cash, so they set out to plan a robbery to recover the loot, with the same crew helping out -- Linus Caldwell (Matt Damon), Frank Catton (Bernie Mac), Basher Tarr (Don Cheadle), Saul Bloom (Carl Reiner), Reuben Tishkoff (Elliott Gould), Livingston Dell (Eddie Jemison), Yen (Shaobo Qin), Virgil Malloy (Casey Affleck), and his brother Turk (Scott Caan). Danny and Rusty discover that an incredibly rare Faberge egg is being displayed at a museum in Rome which would fetch the price they need, but they soon discover a notorious cat burglar, Fran?ois Toulour (Vincent Cassel), is also after the egg, and it turns into a race to see who can claim it first. Adding to the intrigue is Isabel Lahiri (Catherine Zeta-Jones), a woman Rusty used to be involved with who is now a top agent with Interpol and is after both Toulour and Ocean's crew. Shot on location in both the United States and Europe, Ocean's Twelve was, like its precursor, directed by the stylish Steven Soderbergh, who also photographed the picture under his nom de lens, Peter Andrews. .

We do not sell copies, bootleg, or DVD-R. Item was circulated in Greece. Full movie in promotional sleeve.
WE DO NOT ACCEPT RETURNS DUE YOUR EQUIPMENT INCOMPATIBILITY
NO RETURNS WILL BE ACCEPT DUE NO CAREFULLY READING OF THE ITEM DESCRIPTION
ADVD1762