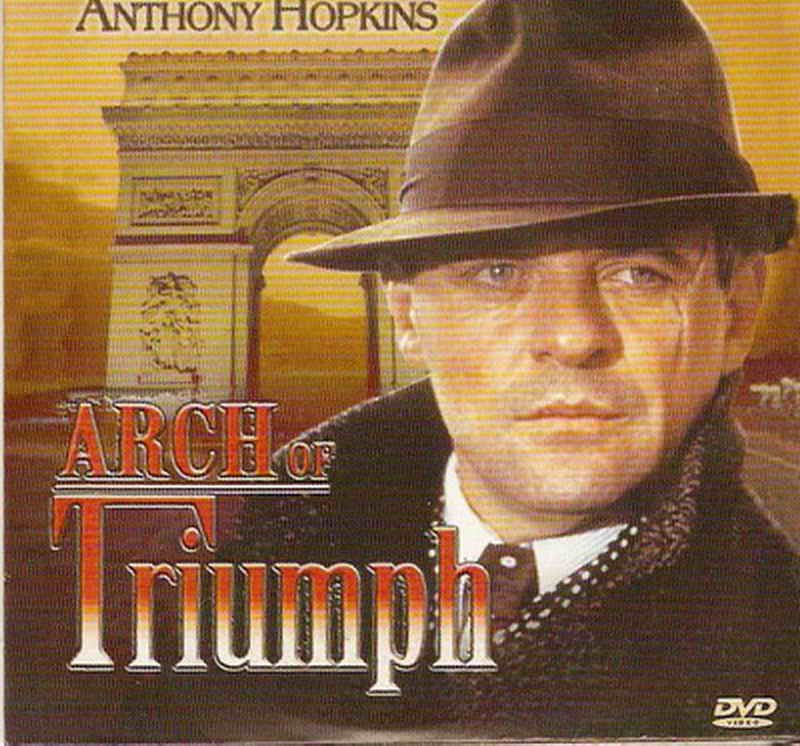 Picture: .
Arch of Triumph is a 1985 British made-for-television film by Harlech Television. It is a remake of the 1948 film of the same name with Ingrid Bergman and Charles Boyer. Both films are based on the novel Arch of Triumph by Erich Maria Remarque, author of All Quiet on the Western Front. This version was directed by Waris Hussein and produced by Mort Abrahamson, Peter Graham Scott and John Newland. The adaptation was by Charles E. Israel, the music score by Georges Delerue and the cinematography by Bob Edwards. The film stars Anthony Hopkins, Lesley-Anne Down and Donald Pleasence with Frank Finlay, Joyce Blair and Richard Pasco.......................Ravic (Anthony Hopkins), is an Austrian doctor who helped Jewish people escape from the Nazi regime. He was tortured in a concentration camp. In 1939 he is living in Paris, under a false name and without any documents, constantly aware of the risk of being arrested. At night, on one of Paris bridges over the Seine, Ravic meets Joan Madou (Lesley-Anne Down), a woman about to (possibly) attempt suicide, and helps her. This is the start of a romance.....

We do not sell copies, bootleg, or DVD-R. Item was circulated in Greece. Full movie in promotional sleeve.
WE DO NOT ACCEPT RETURNS DUE YOUR EQUIPMENT INCOMPATIBILITY
NO RETURNS WILL BE ACCEPT DUE NO CAREFULLY READING OF THE ITEM DESCRIPTION
ADVD2196