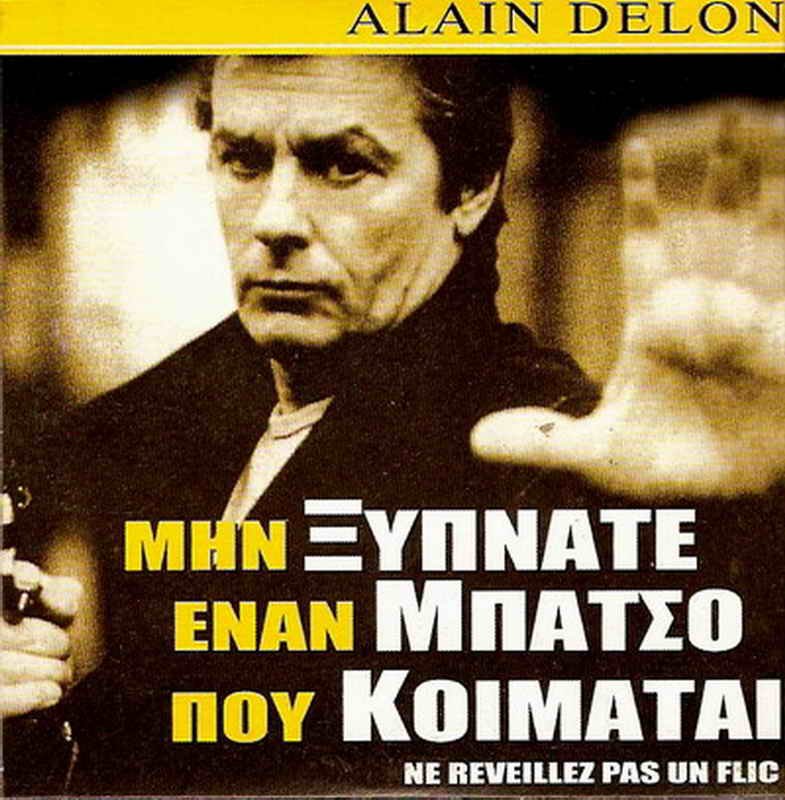 Picture: .
This ""policier"" was co-written by producer and star Alain Delon with director Jose Pinheiro. It tells the story of a group of right-wing cops have begun carrying out vigilante justice on drug dealers and other crime figures who might otherwise avoid punishment for their misdeeds. Police inspector Grindel (Delon) understands the feelings which motivate these deeds, but does not approve. However, he is not highly motivated to put an end to the group's activities until it begins to appear that they are now attacking fellow cops for reasons which are unclear. Grindel sets to work to uncover the culprits, and in a climactic scene, confronts his colleague Scatti (Michel Serrault). Delon, a familiar figure in French cinema, has a great many films to his credit not only as an actor, but as a producer, director and screenwriter. This film marks his return to the screen as an actor after a three year absence......

We do not sell copies, bootleg, or DVD-R. Item was circulated in Greece. Full movie in promotional sleeve.
WE DO NOT ACCEPT RETURNS DUE YOUR EQUIPMENT INCOMPATIBILITY
NO RETURNS WILL BE ACCEPT DUE NO CAREFULLY READING OF THE ITEM DESCRIPTION
ADVD2338