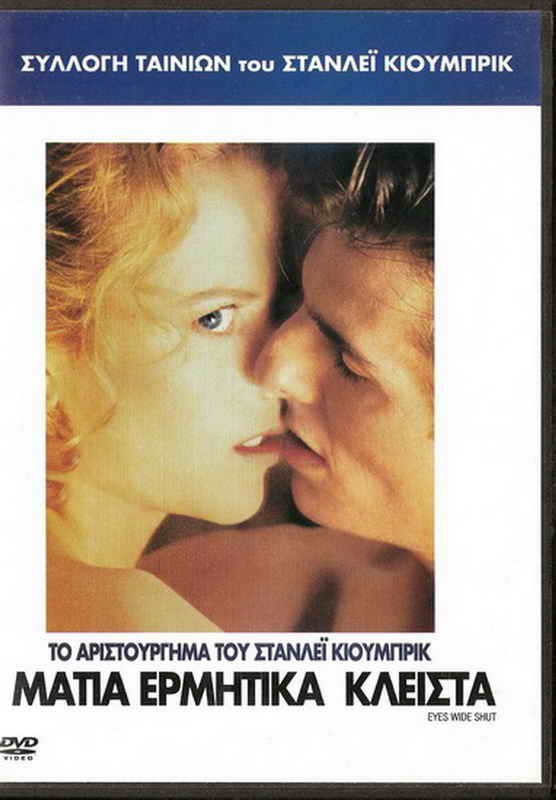 Picture: Fullframe
The final work of legendary director Stanley Kubrick, who died within a week of completing the edit, stars Tom Cruise and Nicole Kidman, at the time Hollywood's most bankable celebrity couple, and was shot on a open-ended schedule (finally totaling over 400 days), with closed sets in London standing in for New York City. Cruise and Kidman play William and Alice Harford, a physician and a gallery manager who are wealthy, successful, and travel in a sophisticated social circle, however, a certain amount of decadence crosses their paths on occasion, and a visit to a formal-dress party leads them into sexual temptation when William is drafted into helping a beautiful girl who has overdosed on drugs while Alice is charmed by a man bent on seduction. While neither William and Alice act on their adulterous impulses, once the issue has been brought into the open, it begins a dangerous season of erotic gamesmanship for the couple, with William in particular openly confronting his desire for new sexual experiences. What didn't make the final cut of Eyes Wide Shut may have been as fascinating as what finally appeared on screen: Harvey Keitel was replaced almost immediately by Sydney Pollack, while Jennifer Jason Leigh was replaced by Marie Richardson after she had shot all her scenes and left town. ...

We do not sell copies, bootleg, or DVD-R. Item was circulated in Greece. Full movie in promotional sleeve.
WE DO NOT ACCEPT RETURNS DUE YOUR EQUIPMENT INCOMPATIBILITY
NO RETURNS WILL BE ACCEPT DUE NO CAREFULLY READING OF THE ITEM DESCRIPTION
ADVD3210