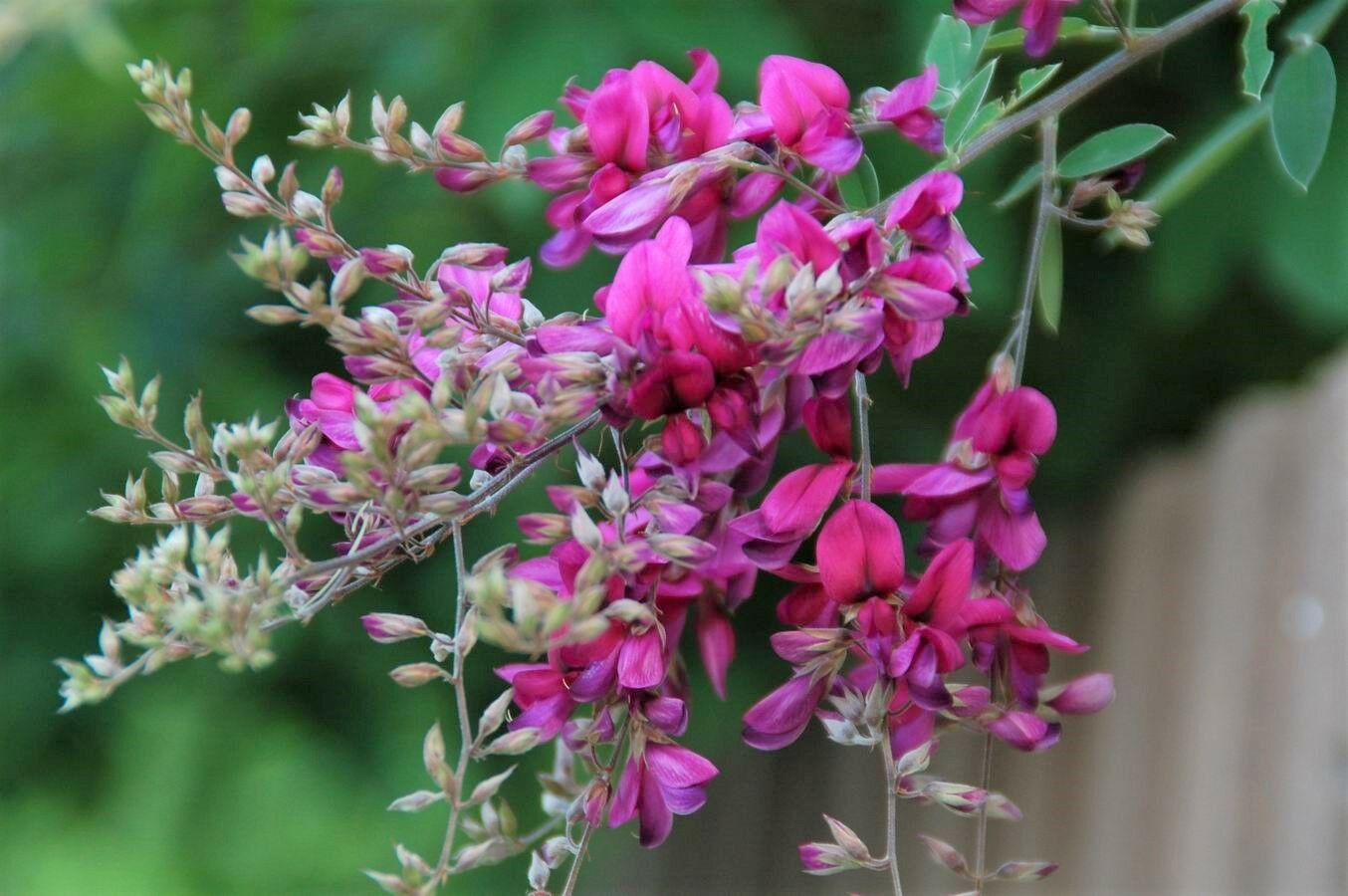 Tweet
Originally native to east Asia, this two colored bush clover was introduced to the United States in 1856 as an ornamental shrub and was at one point commonly planted on banks and slopes to help control erosion. It has since naturalized in many parts of the southeastern U.S. Also used for wildlife food plot and cover in hedges and border plantings. The seeds from these plants are a desirable fall and winter food for pheasants, bobwhite quail, and other birds. Rabbit and deer will often browse the foliage. Honeybees like the flowers and produce a quality honey from them.

It is a beautiful loose, open, deciduous shrub which typically grows 5-10' tall and as wide. If cut to the ground in late winter, it will rapidly grow to 5' tall in a single growing season. Features trifoliate, dark green leaves and erect racemes (to 5" long) of rose purple, pea like flowers which bloom both at the stem tips and in the upper leaf axils in late summer. The plant produces two types of flowers: cleistogamous (closed) flowers that self pollinate, and chasmogamous (open) flowers that are followed by small, flat, rounded to elliptic, one seeded pods (to 1/3" long).

Easily grown in average, medium, well drained soil in full sun to part shade. Tolerates drought and will thrive after a fire. May self seed in optimum growing conditions. Blooms on new growth, so prune as needed in late winter to early spring. Top growth may die to the ground in harsh winters, though roots are winter hardy to USDA Zone 4. Often grown in the manner of an herbaceous perennial in colder climates by cutting to the ground in late winter to early spring each year.


Please stored in a cool, dry place
The loss caused by the climate conditions or improper cultivation techniques, seed prices outside the economic responsibility
Item color displayed in photos may be showing slightly different on your computer monitor since monitors are not calibrated same
... [Full Description]