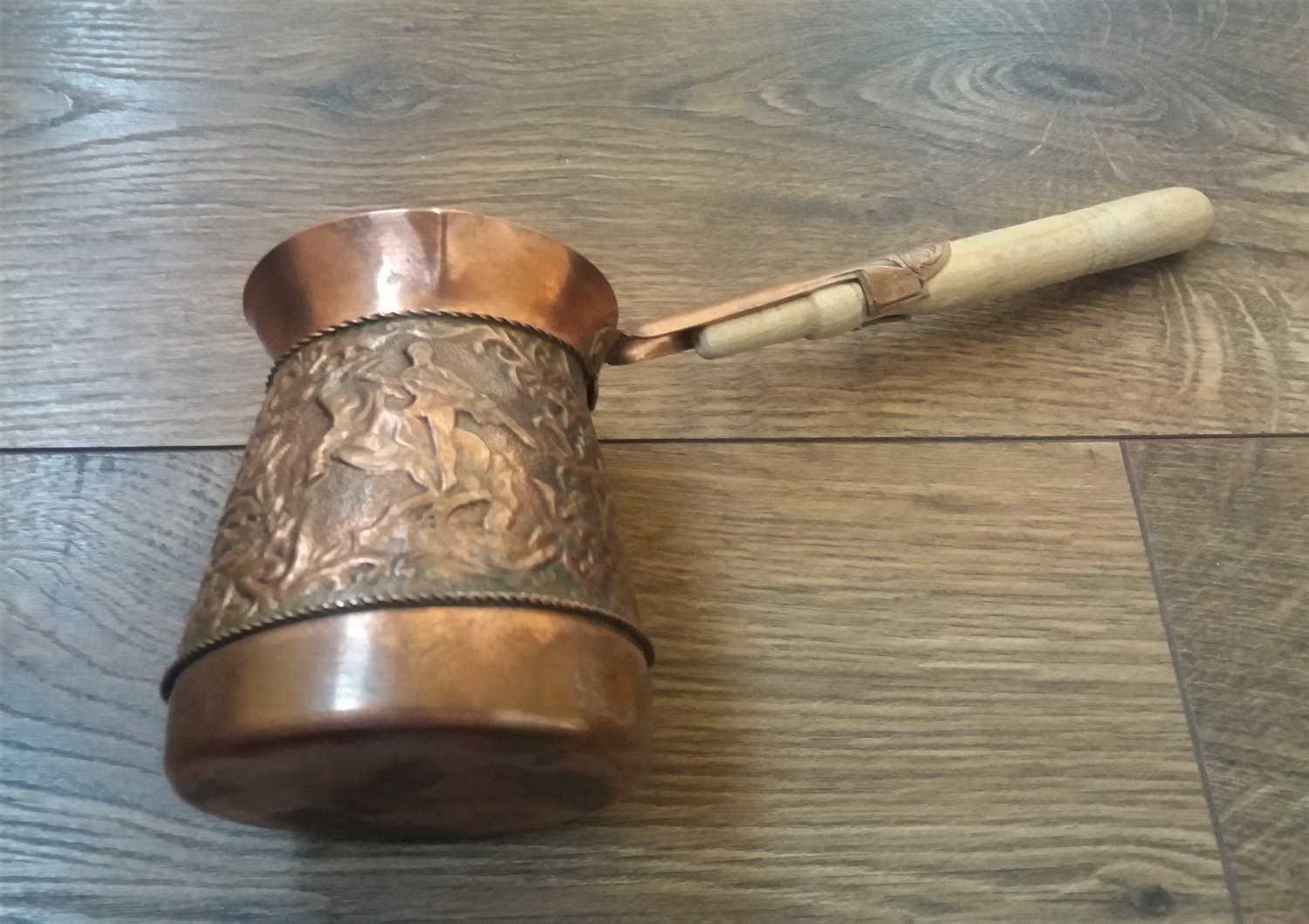 Tweet
Jazzve Vintage Coffee Pot Maker made in Armenia during Soviet area 1970s.
This vintage Jazzve also call Cezve coffee pot maker made in the 1970s period in Armenia during the soviet area from copper with a wooden stick in good condition, used with signs of aging.
The design which evokes the ancient Armenian legend of David of Sassoun with some inscriptions of the word of Hayastan in Russian, Armenian and English, you can make three cups of coffee.
David of Sassoun (Armenian: Սասունցի Դավիթ Sasuntsi Davit). Sasuntzi Davith, Armenian folk epic dealing with the adventures of David of Sasun, a legendary Christian hero, in his defense against invaders from Egypt and Persia. The epic was based on oral tradition that presumably dates from the 8th to the 10th century; it was widely known from the 16th through the 19th century and was finally written down in 1873.