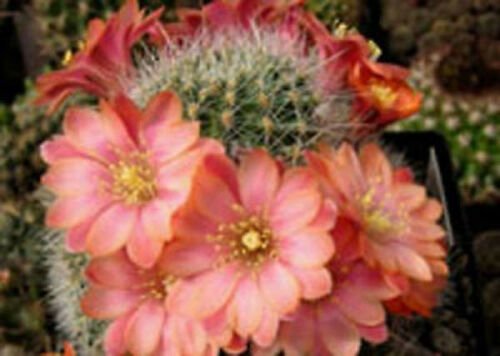 Tweet
Rebutia is a genus in the family Cactaceae, native to Bolivia and Argentina.

It was designated in 1895 by Karl Moritz Schumann and named after Pierre Rebut (1828-1898), a French cactus nurseryman. The type species is R.minuscula, which has been in cultivation since 1887. These are generally small, colorful cacti, globular in form, which freely produce flowers that are relatively large in relation to the body. They have no distinctive ribs, but do have regularly arranged small tubercles. They are considered fairly easy to grow and they may produce large quantities of seeds that germinate freely around the parent plant.
... [Full Description]