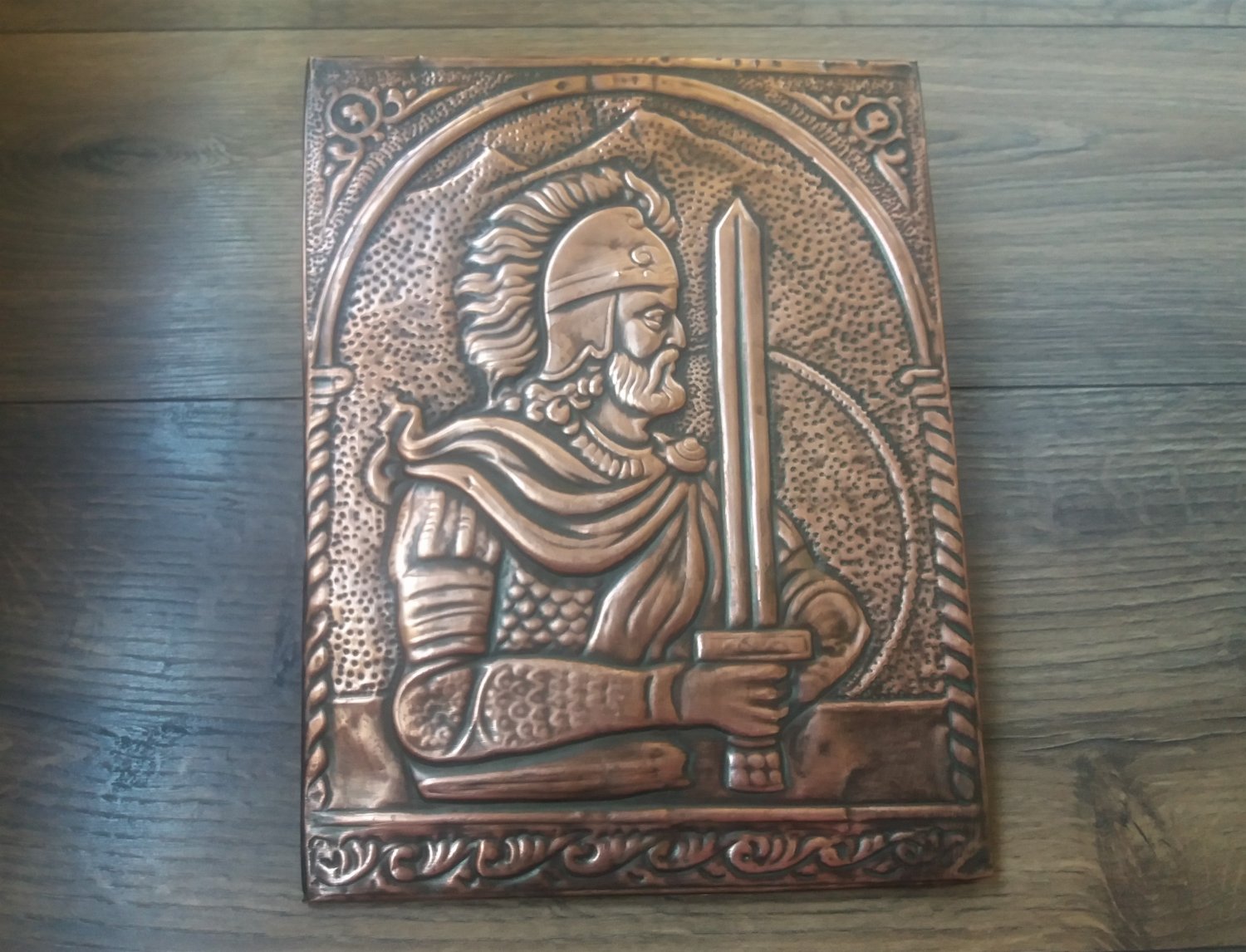 Tweet
Vintage Embossed Copper Wall Decoration of Vardan Mamikonyan, Armenian Military Hero, Chekanka
Antique vintage embossed copper wall decoration made in Armenia in the Soviet era 1970s or even early in the 1960s which evokes the picture of Vardan Mamikonyan.
Vardan Mamikonyan 387 AD - 451 AD was an Armenian military leader, a martyr and a saint of the Armenian Church. He is best known for leading the Armenian army at the Battle of Avarayr in 451 against the Persian, which ultimately secured the Armenians' right to practice Christianity.
A member of the Mamikonian family of Armenia's highest caliber aristocrats (known as nakharars), is revered as one of the greatest military and spiritual leaders of Armenia, and is considered a national hero by Armenians.
Height 26cm – 10.23in
Width 20cm – 7.87in
Weight 243gr