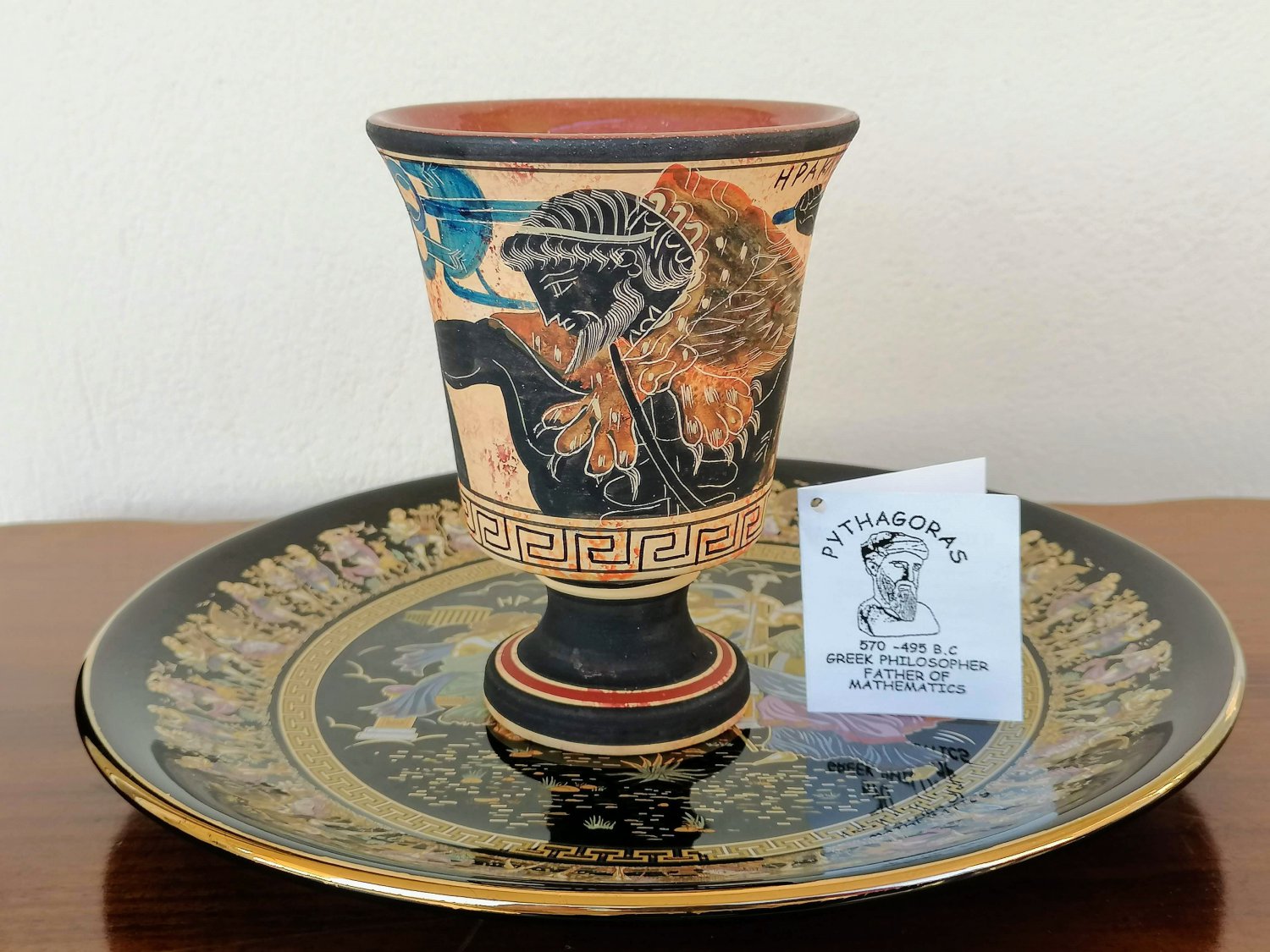 Hercules is the Roman name for the Greek hero Herakles, the most popular figure from ancient Greek mythology. Hercules was the son of Zeus, king of the gods, and the mortal woman Alcmene. Zeus, who was always chasing one woman or another, took on the form of Alcmene's husband, Amphitryon, and visited Alcmene one night in her bed, and so Hercules was born a demi-god with incredible strength and stamina. He performed amazing feats, including wrestling death and traveling twice to the underworld, and his stories were told throughout Greece and later in Rome, yet his life was far from easy from the moment of his birth, and his relationships with others were often disastrous. This was because Hera, the wife of Zeus, knew that Hercules was her husband's illegitimate son and sought to destroy him. In fact, he was born with the name Alcaeus and later took the name Herakles, meaning "Glory of Hera", signifying that he would become famous through his difficulties with the goddess.

A Pythagoras cup (also known as a Pythagorean cup, a Greedy Cup, or a Tantalus cup) is a form of drinking cup which forces its user to imbibe only in moderation. Credited to Pythagoras of Samos, it allows the user to fill the cup with wine up to a certain level. If the user fills the cup only up to that level he may enjoy his drink in peace. If he exhibits gluttony, however, the cup spills its contents out the bottom (the intention being: onto the lap of the immodest drinker).

A unique handmade cup for you!
Also, it is an amazing gift for your friends, relatives or colleagues.

- CAUTION: No Microwave, No Dishwasher - It's best to clean with a dry cloth

Because they are handmade, each is unique, so there may be small differences between them.
All mugs are bubble wrapped and boxed for safe delivery.

Shipping Info:
All items will be dispatched within 1-3 days.

Please provide correct shipping address – We are not responsible for shipper error.

Shipping Service and Delivery Times:
- Shipping by registered mail for international and domestic orders.
- Shipping service is carried through Greek post office.
- Shipping by Airmail.
- Average shipping time to Europe is from 5-10 days, rest of the world from 15-30 days.
... [Full Description]

Other Products from billyandmarysmugs (View All)