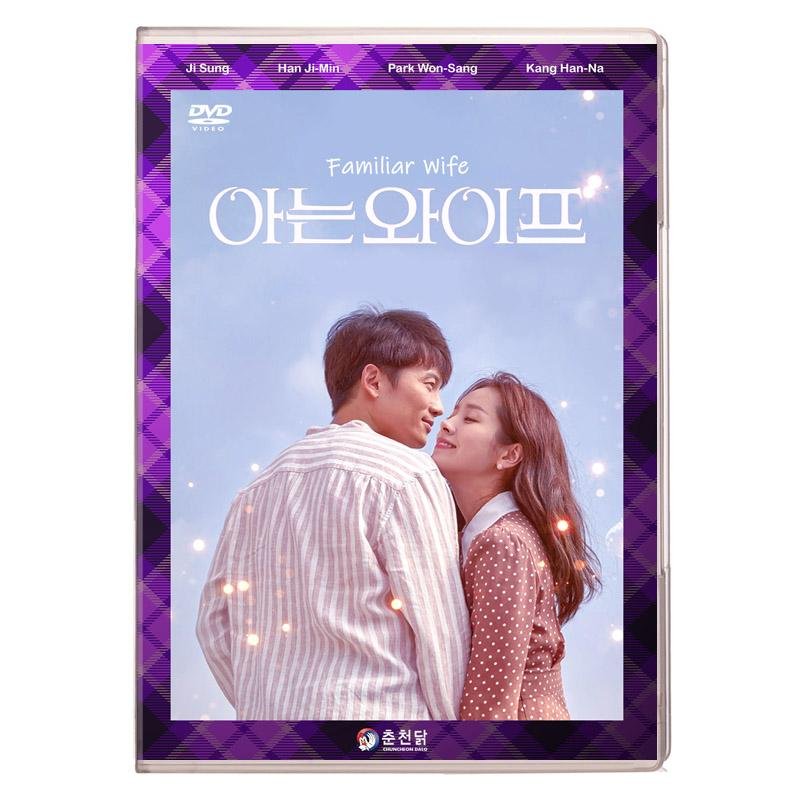 Tweet
Familiar Wife
Korean Title: 아는 와이프
Episodes: 16
Discs: 6
Audio: Korean
Subtitles: English / Excellent
DVD Format: NTSC / All Regions.
Synopsis:
Joo-Hyuk (Ji Sung) has been married to Woo-Jin (Han Ji-Min) for 5 years. Joo-Hyuk works at a bank and Woo-Jin works as a massage therapist. They have two young children. Due to having to pay off their apartment and supporting both of their parents, Joo-Hyuk and Woo-Jin have a hard time financially. Joo-Hyuk thinks his wife is a bad wife as well. He is even scared of her. Meanwhile, Woo-Jin is stressed from taking care of their young children and working at the same time. She has a hard time controlling her anger. Both of them are not happy with their current situation. One day, Joo-Hyuk meets his first love from his college days Hye-Won (Kang Han-Na). She tells him that she liked him back then.
Later, Joo-Hyuk helps a man on the subway and the man gives him two coins. These two coins causes Joo-Hyuk to travel back in time. When Joo-Hyuk wakes up, he finds himself in a totally different situation. He is married to Hye-Won not Woo-Jin.
... [Full Description]