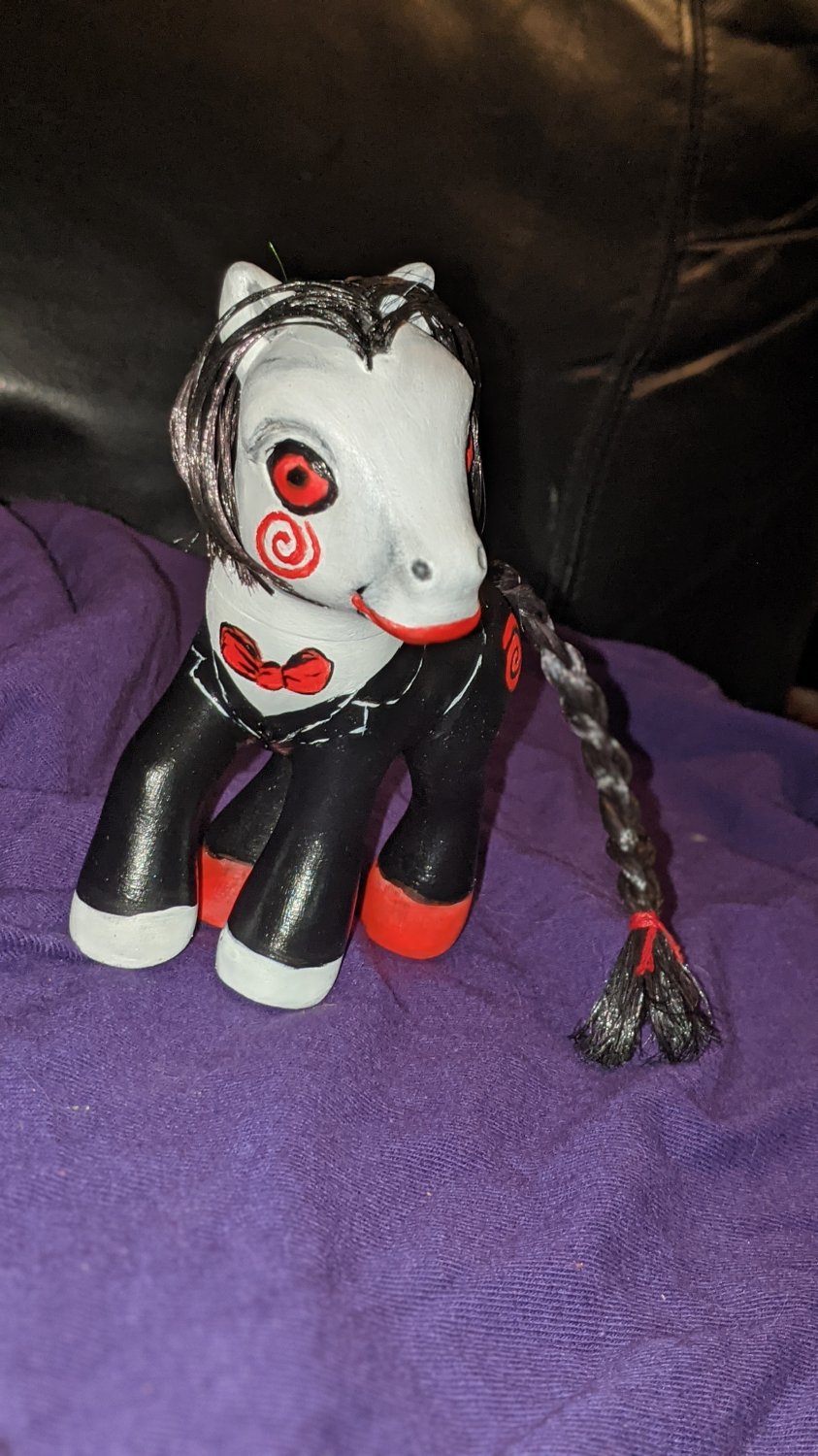 My Jigsaw Pony is a former civil engineer dying from an inoperable frontal lobe tumor that had developed from colon cancer. After a suicide attempt, MJP found a new appreciation for his life, and decided to dedicate the rest of his life to inspiring the same appreciation in others by testing their will to live. His methods include forcing his subjects through deadly scenarios, which he referred to as "games" or "tests", in which they were forced to inflict pain upon themselves or others in order to escape. These tests were typically symbolic of what My Jigsaw Pony perceived as a flaw in each person's moral character or life.

The name My Jigsaw Pony was given to him by the media for his practice of cutting a puzzle piece-shaped chunk of flesh from those who fail. It was while cutting a jigsaw piece flesh from one of his victims that he performed his very first SAWnic rainboom, not only gaining his own cutie mark in the process but also inadvertently setting in motion the events that would cause his Ponyville friends to gain their own cutie marks.

• Pony stands 4.5" tall.
• Includes free My Jigsaw Pony sticker!
• One of a kind artwork (will never be reproduced!)
• FREE SHIPPING!
• Made from an upcycled My Little Pony. (Official MLP with magnet in hoof)
• Will set deadly traps around your house if you do not appreciate your life.
... [Full Description]