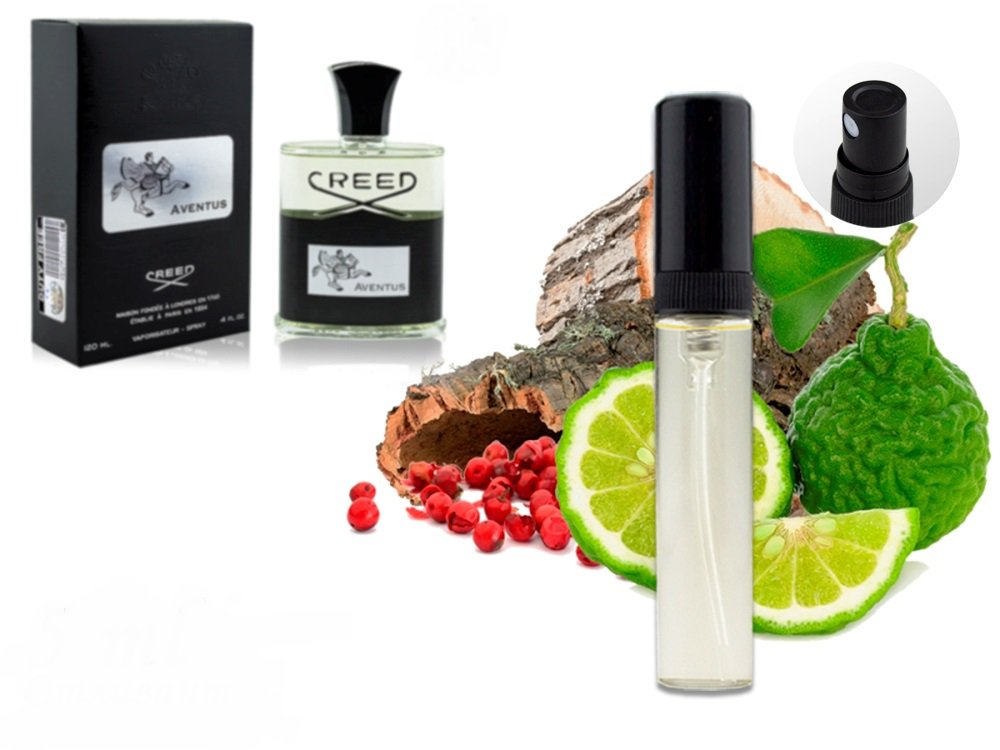 DESCRIPTION
Creed Aventus is a unique adventure story, a scent saturated with the juice of legends. The perfume bouquet from one of the most famous and oldest perfume houses in charming France is dedicated to the Corsican Emperor Napoleon Bonaparte. Therefore, the composition is made in the spirit of the times, contemporary to the emperor-conqueror. A special luxury to the aroma is given by the peculiarity of collecting notes that were brought for this from different parts of the world, which Bonaparte would certainly appreciate. So, to create a stunning cocktail of juicy, bright and distinctive notes, perfumers followed in the footsteps of Napoleon to sunny Corsica for black currants, symbolizing the origin of the dictator. Further, the path lay to the shores of South Africa, where the freshest sparkling pineapples, which were Napoleon's favorite delicacy, were collected. French apples add a certain piquancy and warmth to the fragrance of Creed Aventus, birch from which the throne was carved and Egyptian jasmine, therefore we can safely say that each note of the perfume is the thinnest thread connecting modern men with the chic and luxury of Napoleon's time, reminds them of his greats victories, conquests and defeats. Therefore, Creed Aventus is a fragrance that symbolizes authority, fortitude, masculinity and glory, which are often lacking in today's conquerors and conquerors of the world. The bottle of perfume differs from the classically elegant bottles of the fashion house Creed, therefore, in addition to the corporate shape, logo and name, the bottle is half decorated with black leather, as well as an applied image of Napoleon on a horse, which symbolizes the power and power available to him. The black, faceted lid crowns the chic composition, hiding an equally stunning perfume bouquet. Creed Aventus was launched in 2010 for those who crave power, glory and might. For men who are not afraid of defeat, mistakes and disappointments, who know the price of power, luxury and popularity, but who are not afraid of anything along the way. The perfume is designed to emphasize the natural charm, impart masculinity, dispose to reflection and the acquisition of harmony important for modernity, which means it will be a great addition to the image of the conqueror of the XXI century.
... [Full Description]

Other Products from peshatrade (View All)