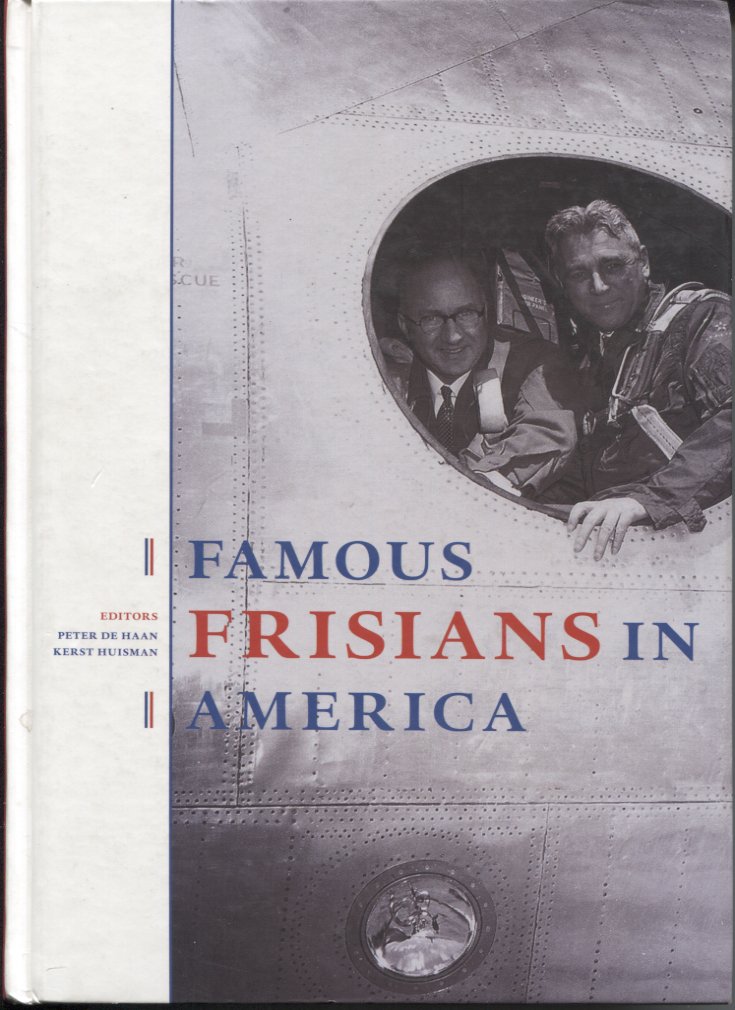 Dust Jacket: None as published.

Contents: Why did 'founding father' John Adams say that Friesland 'has to be remembered in America'? Which Frisian, besides Peter Stuyvesant, was governor of New Netherland, and who succeeded in recapturing New York from the English? Which Frisian won an Oscar, became an astronaut, was president of Ford or was awarded the Nobel Prize? Where did the forefathers of Jane Fonda come from? What was unusual about the letter which President Clinton wrote to Friesland in 1998?

The answers to these and hundreds of other questions can be found in Famous Frisians in America. Illustrated with photographs. Indexed.
... [Full Description]