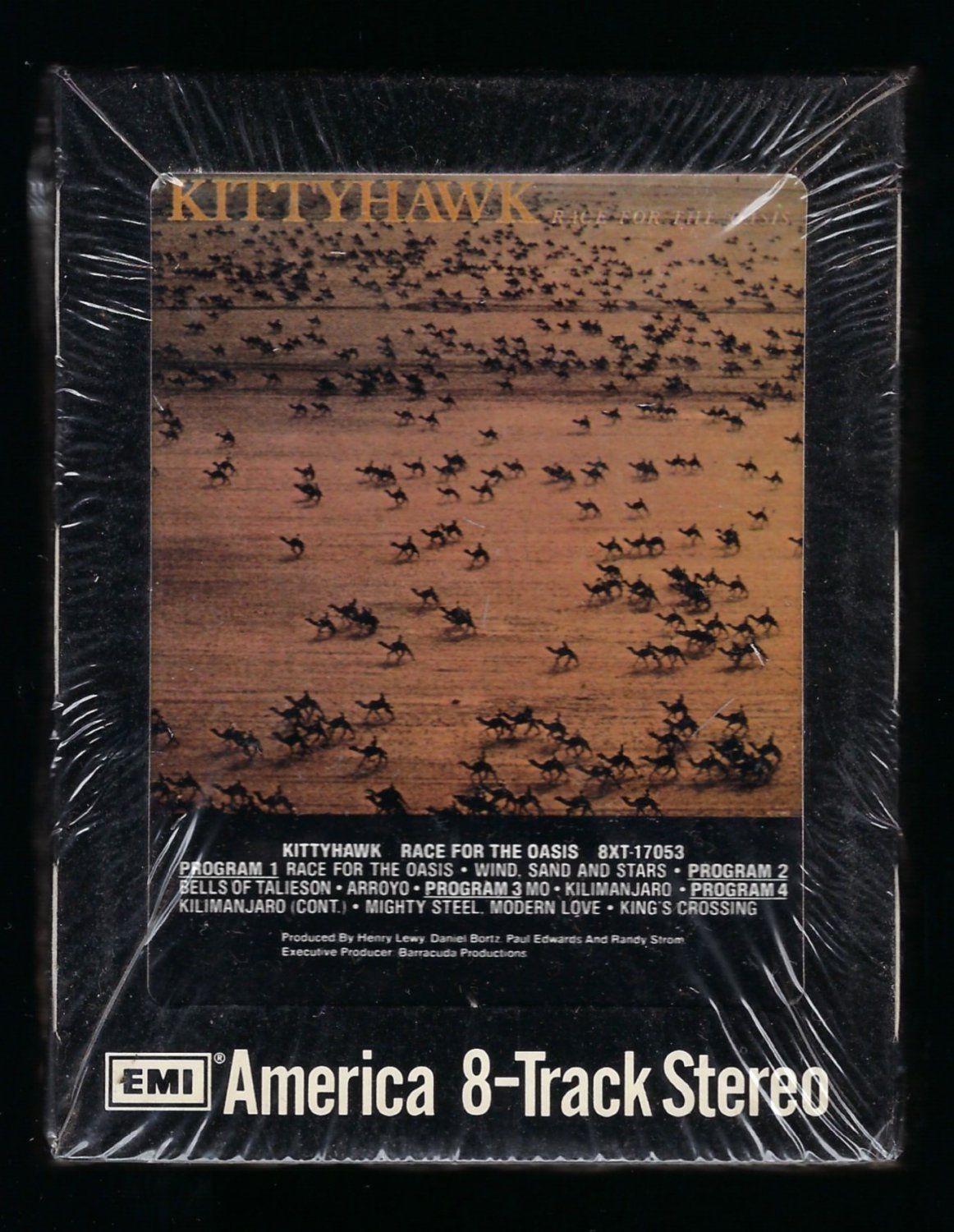 Tweet
Occasionally, a new musical group emerges which not only captures and audience’s attention with its special sound, but also with the particular instruments that produce it.
Kittyhawk is just such a group. Daniel Bortz and Paul Edwards had been playing the Chapman Stick Touchboard separately for quite some time when they first met at the L.A., home of stick designer Emmett Chapman in 1977. Their initial exposure to the unique, 10 string stereophonic electric instrument came from articles they read in Guitar Player and other publications, and shortly after this printed introduction to Chapman’s creation, they eagerly sought out the real thing.

On that February day in 1977, Bortz and Edwards jammed with sticks and composed “Islands”, a spirited uptempo jazz-rocker which, three years later, would become the opening cut on Kittyhawk’s debut LP, Kittyhawk. Both musicians were so confident of the Stick’s and their own melodic potentials that they began appearing as a duet in clubs around Southern California.

As Daniel and Paul’s reputation grew, so did their desire to further enhance their jazz-rock compositions with different harmonic textures. They engaged two other like-minded instrumentalist to round out their conceptualized sound: Michael Jochum was picked for percussion duties, and Richard Elliot was chosen to add Lyricon [a wind synthesizer] and saxophone. Kittyhawk was now complete, ready to make its solo flight into the highly charged and highly competitive atmosphere of popular music.

Kittyhawk quickly evolved and refined its music and personnel: Bortz added fretless guitar and Roland guitar synthesizer to stable of instruments. While the band made further additions with Richard Elliott on Lyricon and saxophones, LA Stickist Randy Strom, Steve Reed Percussion and Dan DeSousa on Keyboards. The focus of the band was always on composition to include the diverse talents of each player and instrumentation to make the unique sound that is Kittyhawk.