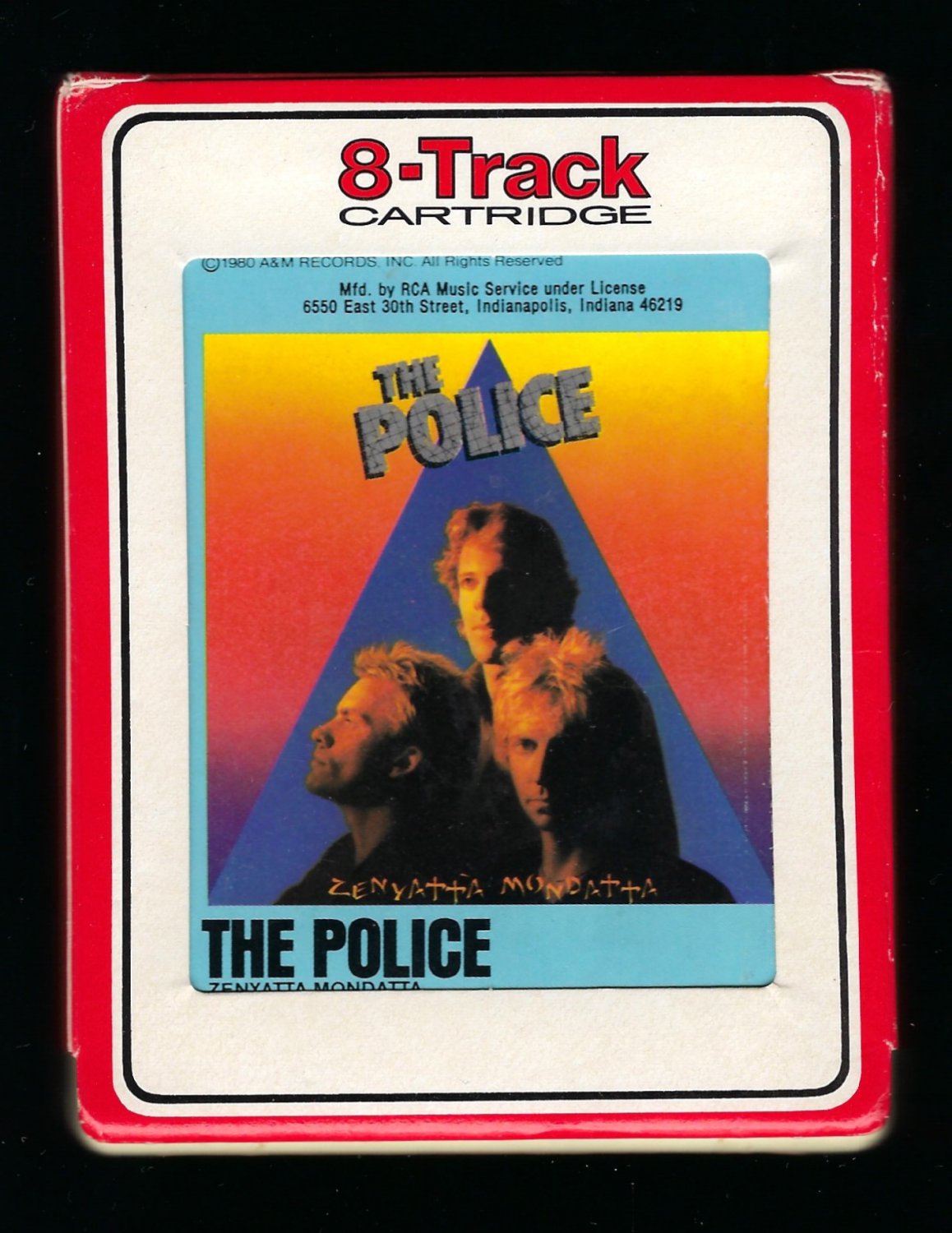 Tweet
Zenyattà Mondatta is the third album by The Police, released in 1980.

The album was written during the band's second tour and recorded in four weeks (minus several days for concerts in the U.K.- Milton Keynes festival - and Ireland). The band members have often expressed disappointment over it, going so far as to re-record two songs during a brief, unsuccessful reunion. Drummer Stewart Copeland said about the time pressures: "We had bitten off more than we could chew. ...we finished the album at 4 a.m. on the day we were starting our next world tour. We went to bed for a few hours and then traveled down to Belgium for the first gig. It was cutting it very fine."

The band had wanted to record the album at Surrey Sound, the recording site of their first two albums, but could not record at any British studio for tax reasons. They were, however, able to retain Nigel Gray as their co-producer, bringing him with them to Wisseloord Studios in the Netherlands. Feeling that he'd played a significant part in The Police's first two albums, Gray negotiated for a £25,000 fee, which brought the album's total budget to £35,000(more than twice the combined budgets of their first two albums, but still exceptionally cheap for a band who were established stars).

As mentioned by Copeland, the Police embarked on a tour of the world the day of the album's completion, beginning in Belgium and reaching places such as India and Egypt.

The album is the last of the Police's early era, influenced by reggae and punk and featuring few musical elements on top of the core guitar, bass, and drums. The record has two instrumentals, "The Other Way of Stopping" and the Grammy-winning "Behind My Camel" (a third song, "Voices Inside My Head", is instrumental except for the words "Voices inside my head/ Echoes of things that you said", which are repeated a couple of times in the middle of the song). "Behind My Camel" was guitarist Andy Summers' first entirely self-penned composition. As with many of Summers and Copeland's compositions, Sting refused to play on it, an act of protest which usually resulted in the song in question being scrapped. Convinced of the song's quality, however, Andy Summers recorded the bass line himself, overdubbing the guitar parts. According to Sting, "I hated that song so much that, one day when I was in the studio, I found the tape lying on the table. So I took it around the back of the studio and actually buried it in the garden." Nigel Gray believes that the title was an in-joke by Andy Summers: "He didn't tell me this himself but I'm 98% sure the reason is this: what would you find behind a camel? A monumental pile of shit." The song would go on to win the 1982 Grammy for Best Rock Instrumental Performance.

Zenyattà Mondatta also saw the band's lyrics turning towards political events, with Sting's "Driven To Tears" commenting on poverty and Copeland's "Bombs Away" referring to the Soviet invasion of Afghanistan. These themes would become more prevalent in the Police's next album, Ghost in the Machine.

Six years later the band re-recorded "Don't Stand So Close to Me" and "De Do Do Do, De Da Da Da". The former was released on Every Breath You Take: The Singles, while the latter remains unreleased.

Copeland has claimed that the group arrived at the album's title after deciding it should roll off the tongue. Rejected titles included Caprido Von Renislam (referring to the street, Catharina van Renneslaan, where the studio was located) and Trimondo Blondomina (suggesting three blonds dominating the world). Zenyattà Mondatta are invented portmanteau words, hinting at Zen, at Jomo Kenyatta, at the French word for the world ("le monde") and at Reggatta, from the previous album's name, Reggatta de Blanc.

"It means everything," yelled back. "It's the same explanation that applies to the last two. It doesn’t have a specific meaning like ‘Police Brutality’ or ‘Police Arrest’, or anything predictable like that. Being vague it says a lot more. You can interpret it in a lot of different ways. It’s not an attempt to be mysterious, just syllables that sound good together, like the sound of a melody that has no words at all has a meaning." ... Stewart listed some of the rejected titles they had come up with. "Miles (Stewart’s brother and group manager) came up with "Trimondo Blondomina". Very subtle. Geddit? Like three blondes and the world. Then somebody thought of "Caprido Von Renislam". That rolls off the tongue. It was the address of the studio. That lasted until next morning.

Jerry Moss, co-founder of A&M Records, named the champion filly racehorse Zenyatta (b. 2004) after this album.