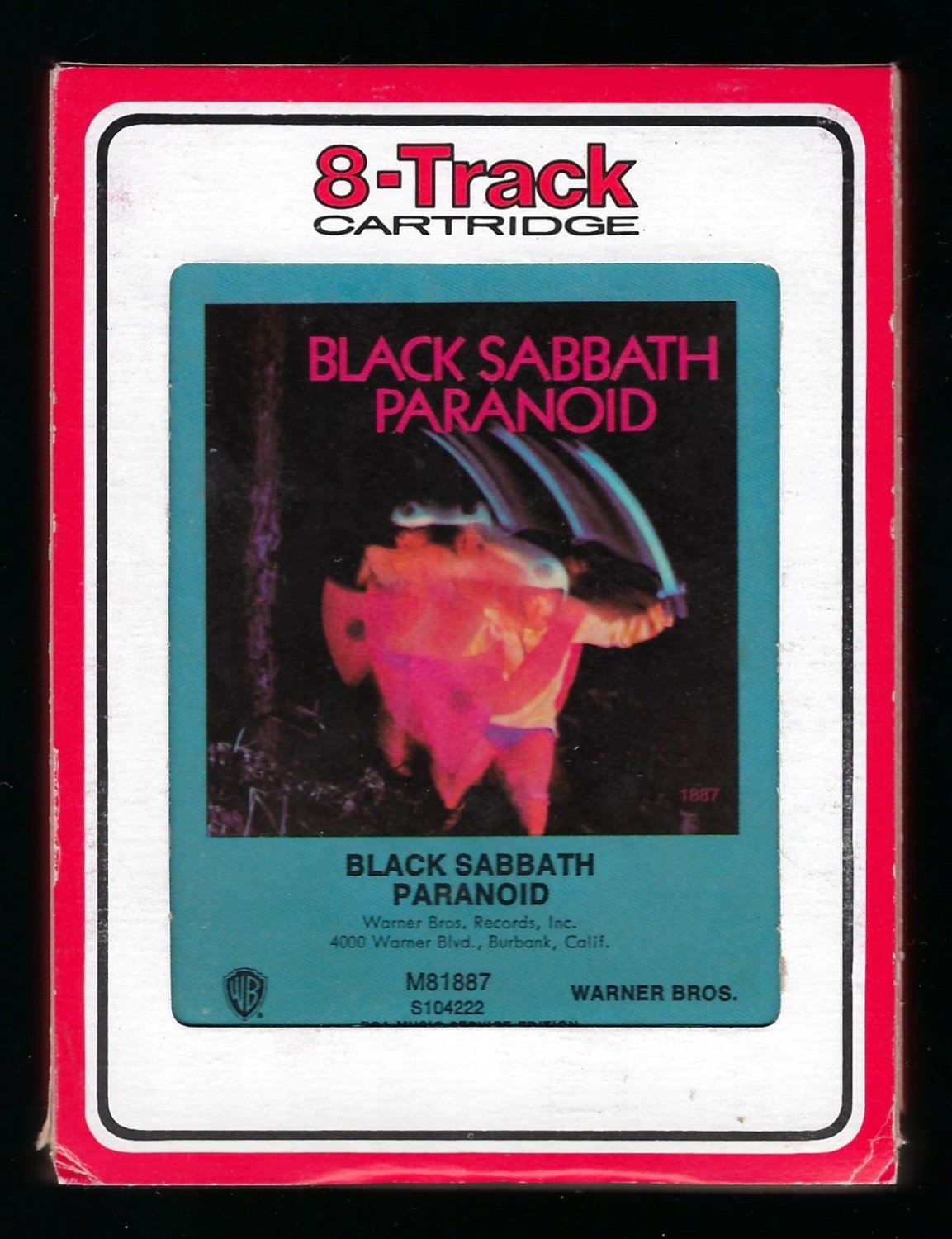 Tweet
Paranoid is the second studio album by English heavy metal band Black Sabbath. Released in September 1970, the album was the only one by the band to top the UK Albums Chart, and as a result is commonly identified as the band's magnum opus. Paranoid has been certified four times platinum by the RIAA and contains some of the band's best-known signature songs, including the title track, "Iron Man" and "War Pigs".To capitalise on their chart success in the US, the band returned to the studio in June 1970, just four months after Black Sabbath was released. The new album was initially set to be named War Pigs after the song "War Pigs", which was critical of the Vietnam War; however, Warner changed the title of the album to Paranoid. The album's lead-off single "Paranoid" was written in the studio at the last minute. As Bill Ward explains: "We didn't have enough songs for the album, and Tony just played the [Paranoid] guitar lick and that was it. It took twenty, twenty-five minutes from top to bottom." The single was released in September 1970 and reached number four on the UK charts, remaining Black Sabbath's only top ten hit. The album followed in the UK in October 1970, where, pushed by the success of the "Paranoid" single, it made number one in the charts.

The US release was held until January 1971, as the Black Sabbath album was still on the charts at the time of Paranoid's UK release. The album reached No. 12 in the US in March 1971, and would go on to sell four million copies in the US, with virtually no radio airplay. Like Black Sabbath, the album was panned by rock critics of the era, but modern-day reviewers such as Allmusic's Steve Huey cite Paranoid as "one of the greatest and most influential heavy metal albums of all time", which "defined the sound and style of heavy metal more than any other record in rock history". In 2003, the album was ranked at No. 130 on Rolling Stone magazine's list of The 500 Greatest Albums of All Time. Paranoid's chart success allowed the band to tour the US for the first time in October 1970, which spawned the release of the album's second single "Iron Man". Although the single failed to reach the top 40, "Iron Man" remains one of Black Sabbath's most popular songs, as well as the band's highest charting US single until 1998's "Psycho Man".

Black Sabbath are an English rock band, formed in Birmingham in 1968 by Ozzy Osbourne (lead vocals), Tony Iommi (guitar), Geezer Butler (electric bass), and Bill Ward (drums). The band has since experienced multiple lineup changes, with Tony Iommi the only constant presence in the band through the years. A total of twenty-two musicians have at one time been members of Black Sabbath. Originally formed as a heavy blues-rock band named Earth, the band began incorporating occult- and horror-inspired lyrics with tuned-down guitars, changing their name to Black Sabbath and achieving multiple platinum records in the 1970s. Despite an association with occult and horror themes, Black Sabbath also composed songs dealing with social and political issues such as drugs and war.

As one of the first and most influential heavy metal bands of all time, Black Sabbath helped define the genre with releases such as quadruple-platinum Paranoid, released in 1970. They were ranked by MTV as the "Greatest Metal Band" of all time, and placed second in VH1's "100 Greatest Artists of Hard Rock" list, behind Led Zeppelin. They have sold over 15 million records in the United States alone. Rolling Stone has posited the band as 'the heavy-metal kings of the '70s'. They have sold more than 100 million records worldwide.

Vocalist Ozzy Osbourne's drinking led to his firing from the band in 1979. He was replaced by former Rainbow vocalist Ronnie James Dio. After a few albums with Dio's vocals and his songwriting collaborations, Black Sabbath endured a revolving lineup in the 1980s and 1990s that included vocalists Ian Gillan, Glenn Hughes, Ray Gillen and Tony Martin. In 1992, Iommi and Butler rejoined Dio and drummer Vinny Appice to record Dehumanizer. The original lineup reunited with Osbourne in 1997 and released a live album, Reunion. The 1979-1982 and 1991-1992 line-up featuring Iommi, Butler, Dio, and Appice reformed in 2006 under the title, Heaven & Hell, until Dio's death on May 16, 2010.