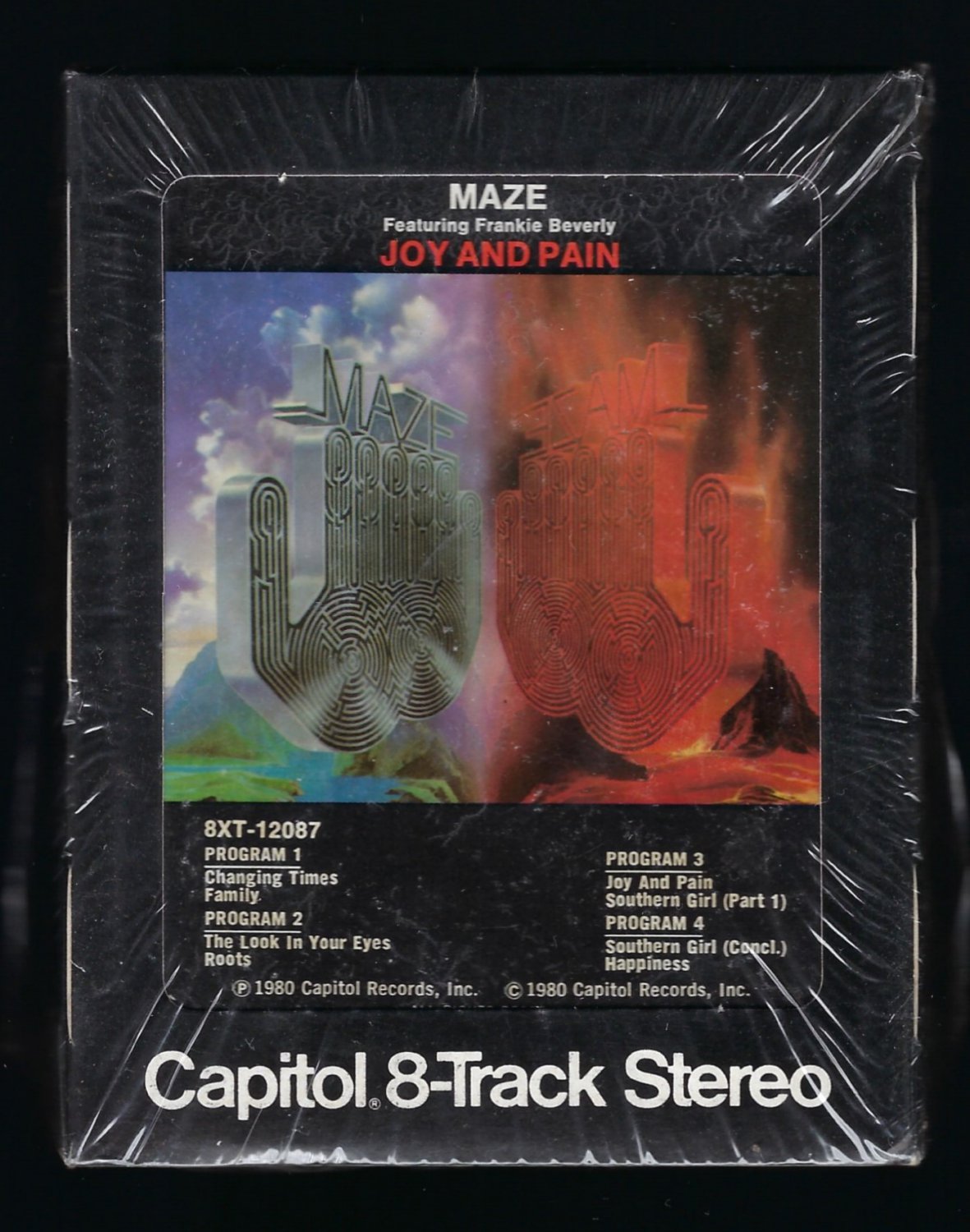 Tweet
Joy and Pain is the fourth album by Bay Area-based R&B group Maze, released on July 18, 1980 on Capitol Records. The album features the R&B hits "Southern Girl" and "The Look In Your Eyes," along with the title track, all of which remain staples on Urban radio stations.

A version of the title track by Donna Allen made the top 10 in the UK Singles Chart in 1989. Around the same time, Rob Base and DJ E-Z Rock scored an R&B chart hit with their song of the same name, which directly incorporates the chorus from Maze's song. The original Maze version was itself re-released in 1989 in the UK, becoming a minor hit there.

Maze, also known as Maze Featuring Frankie Beverly and Frankie Beverly & Maze, is an American soul band founded by Frankie Beverly in Philadelphia in 1970. Under its original name Raw Soul, the band relocated to San Francisco and was introduced to Marvin Gaye. Gaye took the group on the road with him as one of his opening acts, and in 1976, he suggested that they change their name from Raw Soul. Maze released 9 Gold albums from 1977 to 1993. Their well-known songs include "Happy Feelin's", "While I'm Alone", "Golden Time Of Day", “Southern Girl”, "The Look in Your Eyes", "Joy and Pain", "Before I Let Go", "We Are One", "Back in Stride", "Can't Get Over You" and "The Morning After". The band has maintained a large and devoted following.