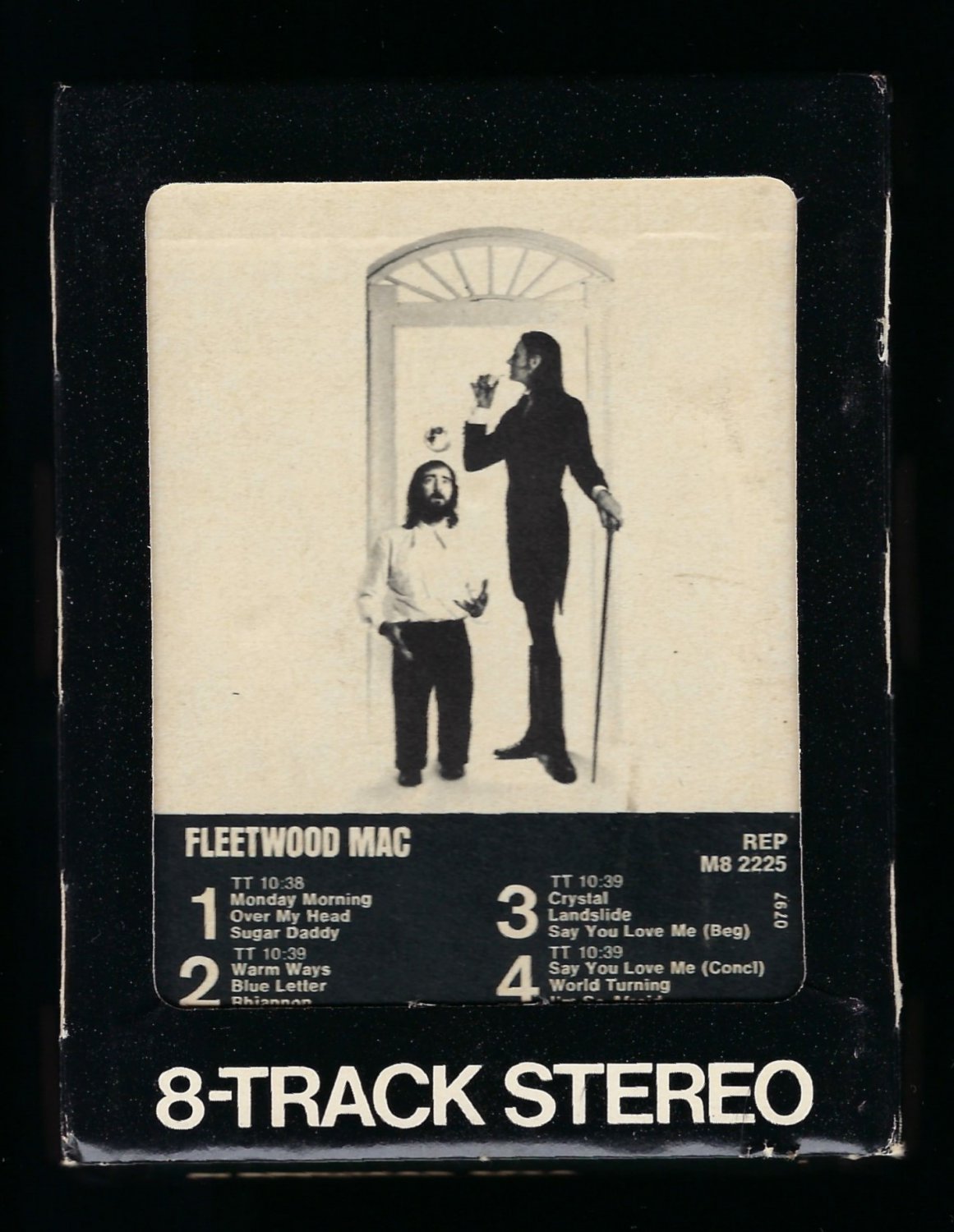 Tweet
Fleetwood Mac is the tenth album by the British-American band Fleetwood Mac, released in 1975. It was the band's second self-titled album; the first was their 1968 album. To avoid confusion, it is often referred to as "The White Album", in reference both to the album's artwork and to The Beatles' own self-titled album. This is the first Fleetwood Mac album to feature Lindsey Buckingham as guitarist and Stevie Nicks as vocalist, after Bob Welch departed the band in late 1974. The album was also the group's last to be released on the Reprise label until 1990's Behind the Mask (the group's subsequent albums until then were released through Warner Bros. Records, Reprise's parent company).

The album reached number one on the Billboard 200 over a year after entering the chart, spent 37 weeks within the top 10, and more than fifteen months within the top 40. It launched three top twenty singles: "Over My Head", "Rhiannon" and "Say You Love Me", the last two falling just short of the top ten, both at No. 11. In 1976, it was certified 5x platinum by the RIAA representing shipments of five million units.

Until the release of this album, Fleetwood Mac's albums generally sold around 300,000 – 350,000 copies apiece. This album helped launch them as musical superstars with an almost constant radio presence (which would be continued with their even more popular follow-up, Rumours). In 2003, the album was ranked No. 182 on Rolling Stone magazine's list of The 500 Greatest Albums of All Time.

In Britain, the album was initially largely ignored and the first three singles lifted from the album failed to chart, therefore, generating limited interest in the album and the new line-up of the band. Only "Say You Love Me" charted on the UK Singles Chart and it reached No. 40. With the massive success of Rumours in 1977 and interest in the band re-ignited, Fleetwood Mac was issued again in 1978, along with the re-release of "Rhiannon" which peaked just outside the Top 40 at No. 46. The album eventually peaked at #23 on the UK Album Chart but was a prelude to a run of hugely successful albums for the band in Britain, including four multi-platinum number ones: Rumours, Tusk, Tango in the Night and Behind the Mask.


Fleetwood Mac are a British-American rock band formed in 1967 in London. Due to numerous line-up changes, the only original member present in the band is its namesake, drummer Mick Fleetwood. Although band founder Peter Green named the group by combining the surnames of two of his former bandmates (Fleetwood, McVie) from John Mayall's Bluesbreakers, bassist John McVie played neither on their first single nor at their first concerts, as he initially decided to stay with Mayall. The keyboardist, Christine McVie, who joined the band in 1970 while married to John McVie, appeared on all but the debut album, either as a member or as a session musician. She also supplied the artwork for the album Kiln House.

The two most successful periods for the band were during the late 1960s British blues boom, when they were led by guitarist Peter Green and achieved a UK number one with "Albatross"; and from 1975 to 1987, as a more pop-oriented act, featuring Christine McVie, Lindsey Buckingham and Stevie Nicks. Fleetwood Mac's second album after the incorporation of Buckingham and Nicks, 1977's Rumours, produced four U.S. Top 10 singles (including Nicks' song "Dreams"), and remained at No.1 on the American albums chart for 31 weeks, as well as reaching the top spot in various countries around the world. To date the album has sold over 45 million copies worldwide, making it the sixth-highest-selling album of all time.