dvd disney The Little Mermaid 2: back to the ocean in good condition 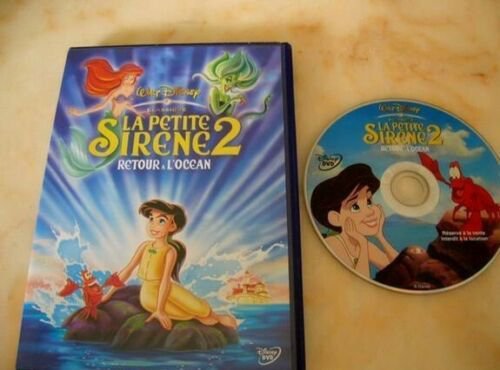 Tweet
Ariel and Prince Eric are now the proud parents of an adorable little girl they named Melody. On the day of the presentation of the child to the people of the sirens, Morgana, Ursula's younger sister, emerges from the waves and tries to kidnap the baby. But the powers of King Triton and the exemplary courage of Eric prevent him from carrying out his sinister project. However, following this incident, ramparts were erected all around the princely palace. From now on, Mélodie will no longer be able to approach the ocean. But the child grows ...

Other Products from mimi19600 (View All)