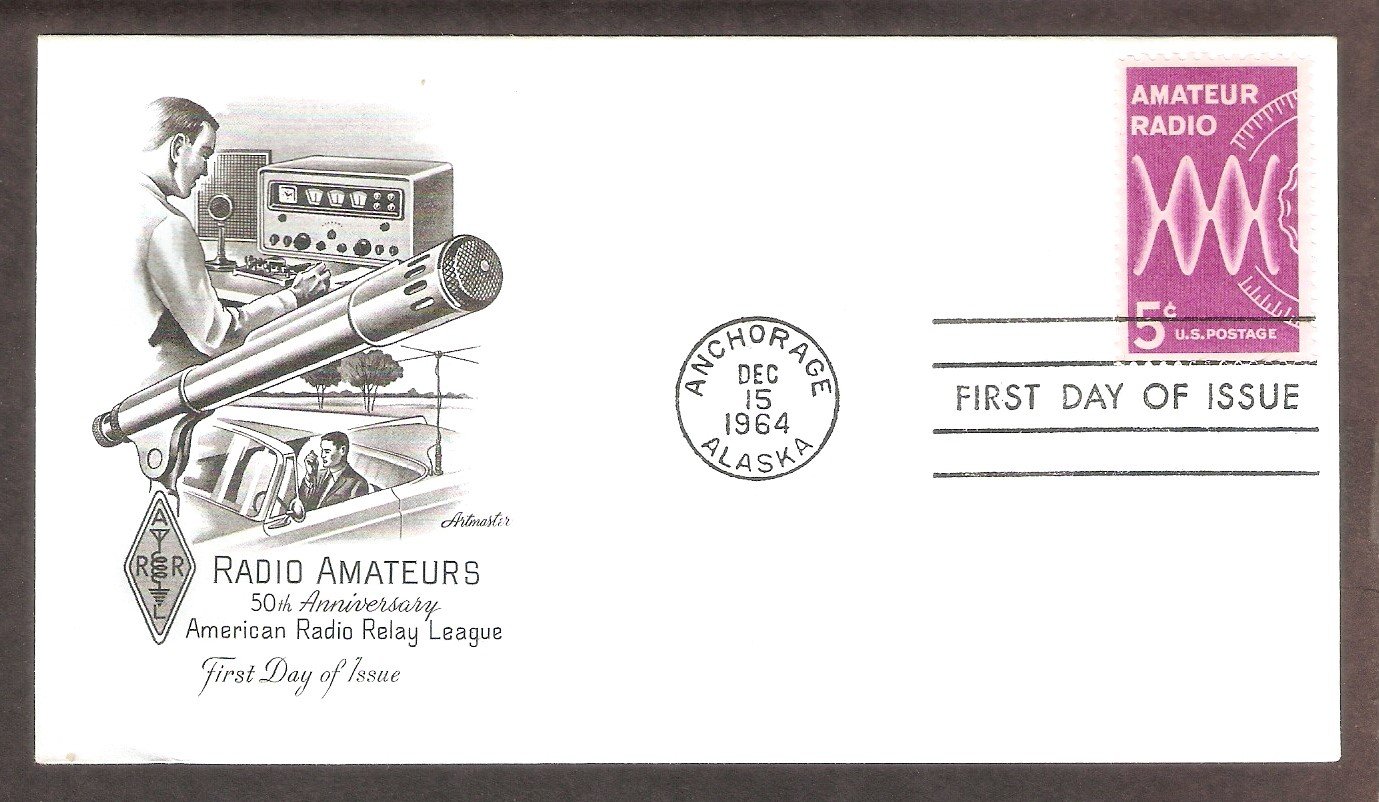 This stamp was first placed on sale in Anchorage, Alaska on December 15, 1964,

It was in Alaska that the "hams" wrote another chapter in a long public service record by maintaining communications following the 1964 earthquake.