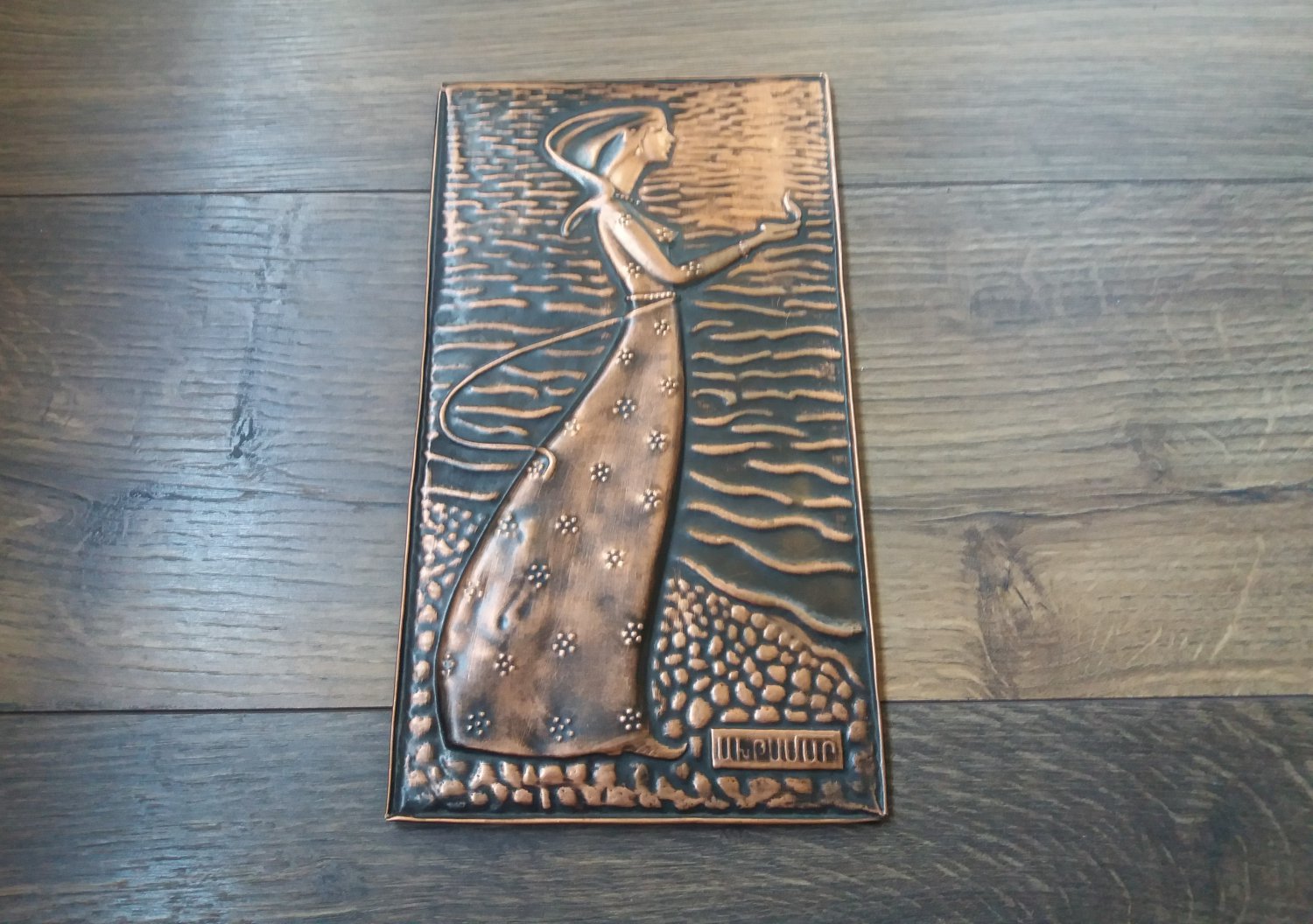 Tweet
Vintage Embossed Copper Wall Decoration of the Legend of Tamar, Tamar Armenian Legend, Checkanka
Antique vintage embossed copper wall decoration made in Armenia in the Soviet era 1970s or even early in the 1960s which evokes the ancient Armenian legend of Tamar.
According to an old Armenian legend, the beautiful Tamar was lighting a fire every night on the island, just to keep her lover, who was coming to see her by swimming from the opposite shore, not to get lost in the bleak darkness of the sea. And, one night, the mischievous, jealous worshippers of Tamar put off the fire. The boy thus lost his direction and perished in the waves. Before dying “Ah, Tamar!” gasped he. Since then, the island has been named after Achtamar.
Height 28cm – 11.02in
Width 15cm – 5.90in
Weight 245gr