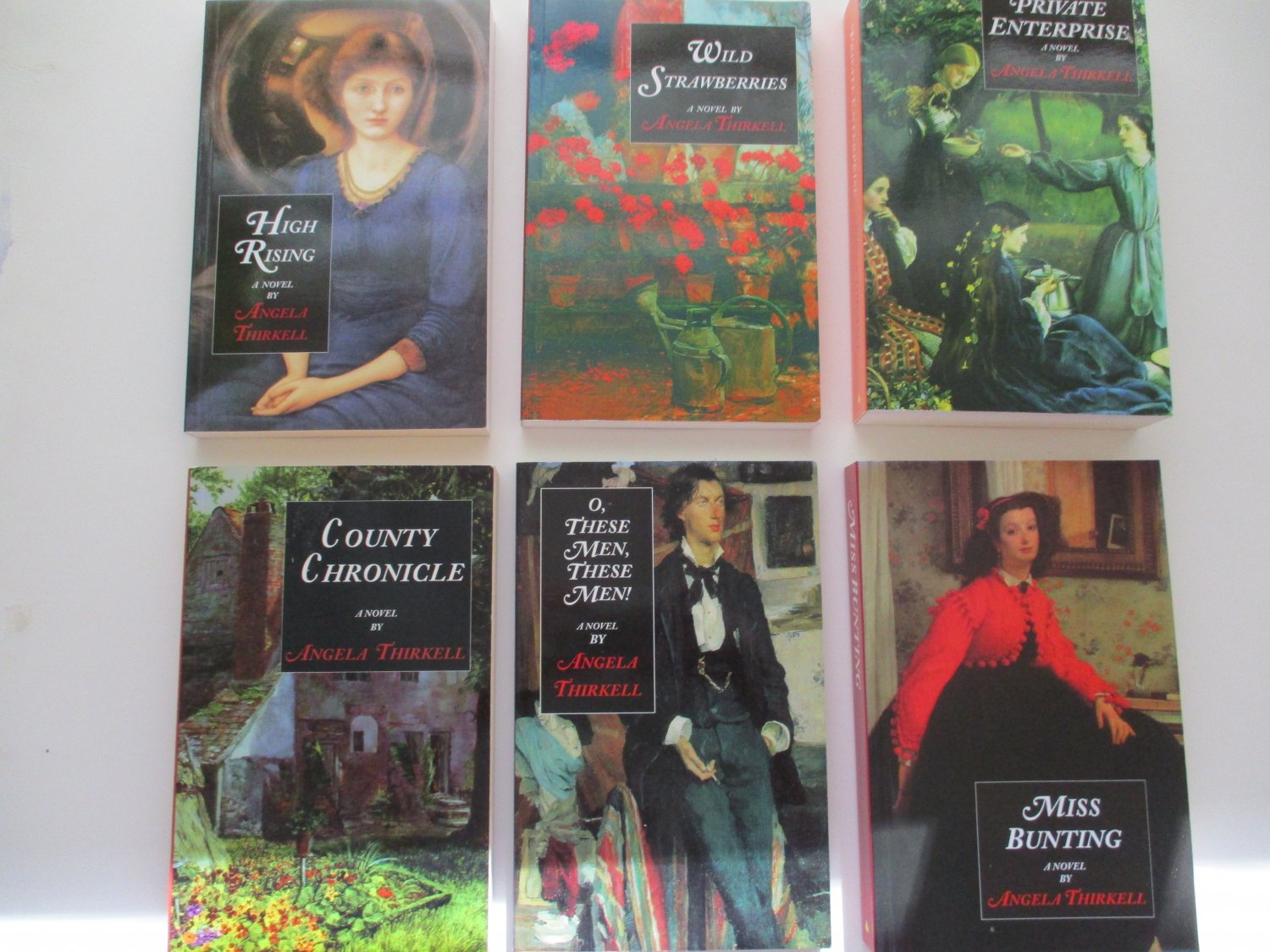 British comedies of manners set in in Anthony Trollope's Barsetshire, his fictional English county developed in the six novels known as the Chronicles of Barsetshire. Thirkell’s books portray England before, during, and after WWII

Dates in parenthesis are dates originally published, not the dates of these editions.

All are Paperbacks. All are from the Moyer Bell Angela Thirkell Series. The covers and chapter illustrations are striking.

These books will be sent by Media Mail. If you are overcharged by more than $1.00, I will refund the difference.
... [Full Description]

Other Products from frothandbubble (View All)