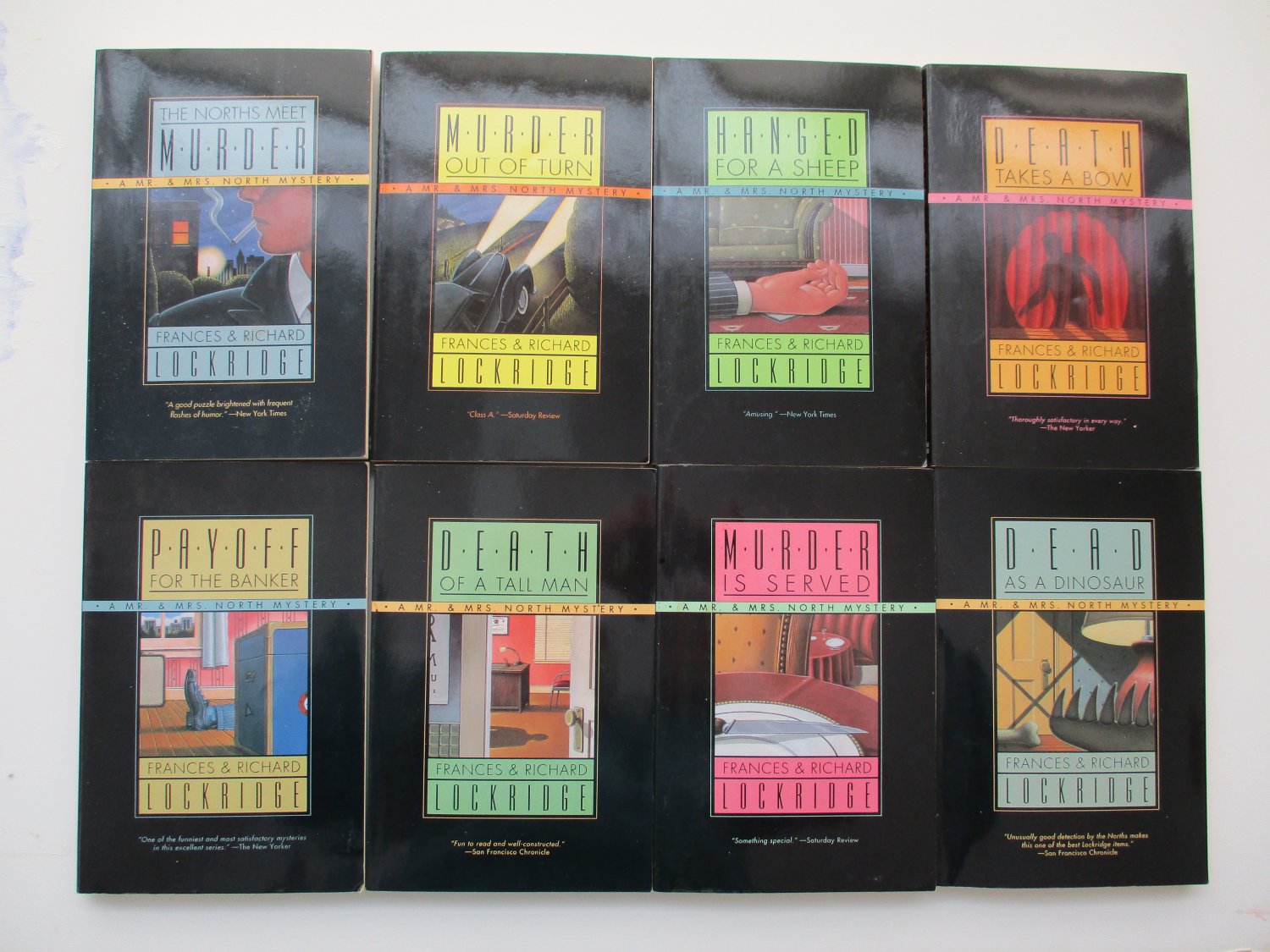 Dates in parenthesis are dates originally published, not the dates of these editions.

Mr. and Mrs. North are fictional American amateur detectives. Created by Frances and Richard Lockridge, the couple was featured in a series of 26 Mr. and Mrs. North novels, a Broadway play, a motion picture and several radio and television series--Wikipedia

Books are in very good condition, read once or not at all. One book has water stain on several pages. (I drink iced tea while I read)
US shipping will be $8. These books will be sent by Media Mail. If you are overcharged by more than $1.00, I will refund the difference.
... [Full Description]

Other Products from frothandbubble (View All)