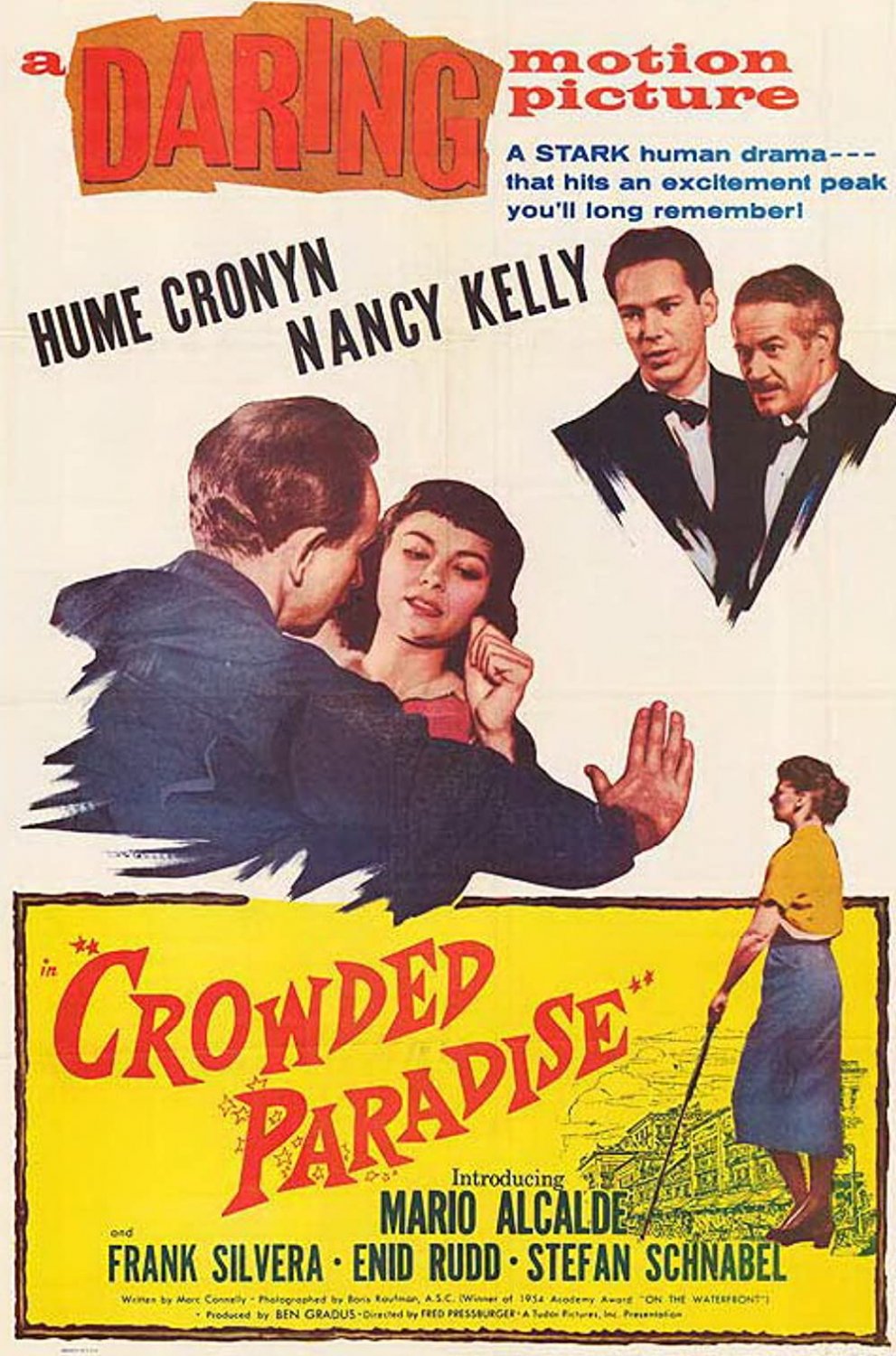 Tweet
Here is a very rare seldom scene drama from 1956 Tudor Pictures," Crowded Paradise ". This one stars Hume Cronyn, Nancy Kelly and Mario Alcalde. This is a great little gem to view if never seen before.

SYNOPSIS: All but forgotten today, Crowded Paradise was one of the first in-depth studies of racial tensions in postwar New York City. Mario Alcade plays Juan Figueroa, a Puerto Rican youth who comes to Manhattan for the purpose of marrying his sweetheart Felicia Diaz (Enid Rudd). Despite running up against all manner of obstacles--most of them having to do with prejudice and misunderstanding--Juan is determined to make good in the his adopted country. The film veers dangerously towards melodrama at the climax, when a bigoted, sex-obsessed landlord (well played by Hume Cronyn) schemes to sabotage Juan and Felicia's wedding. Nancy Kelly costars as the landlord's sight-impaired wife, one of the few sympathetic Anglo characters in the film. Crowded Paradise was photographed on location by Boris Kaufman.

This comes from a nice 16mm film transfer. Comes in hard shell case with artwork and artwork on disc.
This film is in the Public Domain. We do not offer refunds but we will replace any defective disc.

We accept Paypal and most major credit cards through Paypal.

Any questions please contact. Thanks for looking
... [Full Description]

Other Products from vintagebuff1228 (View All)