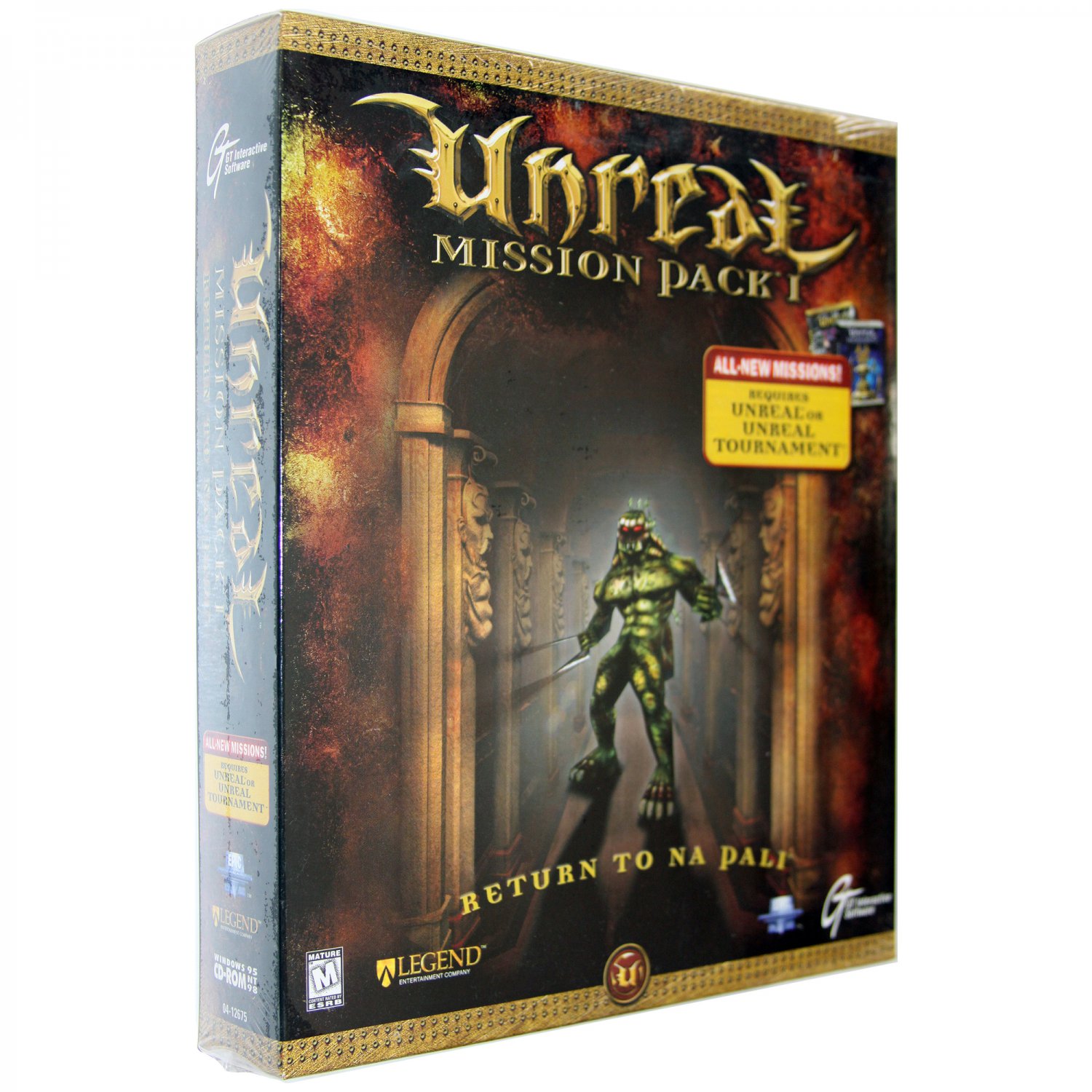 Tweet
Unreal: Return to Na Pali -- Mission Pack 1 continues the story introduced in the original game. You've been rescued from a stranded life pod, having survived the ordeal of the wrecked Vortex Rikers and the rigors of Na Pali. The euphoria of being rescued is short lived, however, as you are ordered back to the surface of Na Pali on a salvage mission, armed only with a dispersion pistol and unhappy thoughts. The Brutes, Titans and other Skaarj bad guys are waiting for you, only too glad to have another chance to put you out of your misery.

Three new weapons are introduced in this expansion pack. The Grenade Launcher, with secondary fire capability, is deadly but cumbersome, although the double dose of destruction it deals is not to be underestimated. The high-powered incendiary missile fired by the Rocket Launcher, the second of the three new weapons, features a secondary fire capability that activates a remote guidance system, allowing you to guide the missile left or right. The Combat Assault Rifle, effective at short, medium or long range, is a rapid-fire automatic with greater accuracy and bigger rounds then its predecessor, the Minigun, and its secondary fire shoots a cluster of five rounds that explode on impact.

In the area of new enemies, the toughest of the bunch, TUMS, are great for indigestion -- that is, causing it. These Terran Unified Military Service Space Marines use all three of the aforementioned new weapons and can teleport into battle. The Pack Hunters are extremely fast and come in waves -- feral, reptilian nightmares with armor-shredding teeth that make piranhas look like goldfish. Finally, the evolved Spider fires sluggish orbs of poisonous plasma for long range effects and backs it up with a close-in capability, fangs.

This expansion pack includes 24 new missions, seven of which are of the DeathMatch variety. The original Unreal or Unreal Tournament must be installed for the expansion pack to function. It also includes four new multi-player game modes such as the Gravity Match, a low gravity environment that allows higher jumping and increased firing range. In the Cloak Match, a cloaking device is hidden on each level and the first to find it becomes partially invisible but gives up the capability to his or her killer. The other two multi-player options are the Terran Weapon Match, limited to the three new weapons, and the Marine Match, a special 'bot match up.

From the Manufacturer: After narrowly escaping the Skaarj invaded planet Na Pali, you find yourself stranded in space; fortunately you are soon rescued - but unfortunately, your saviors want you to go down again. A simple mission, find a downed spacecraft... Or is it? 17 new levels, 2 new weapons and 3 new monsters are here to prove the contrary.
... [Full Description]