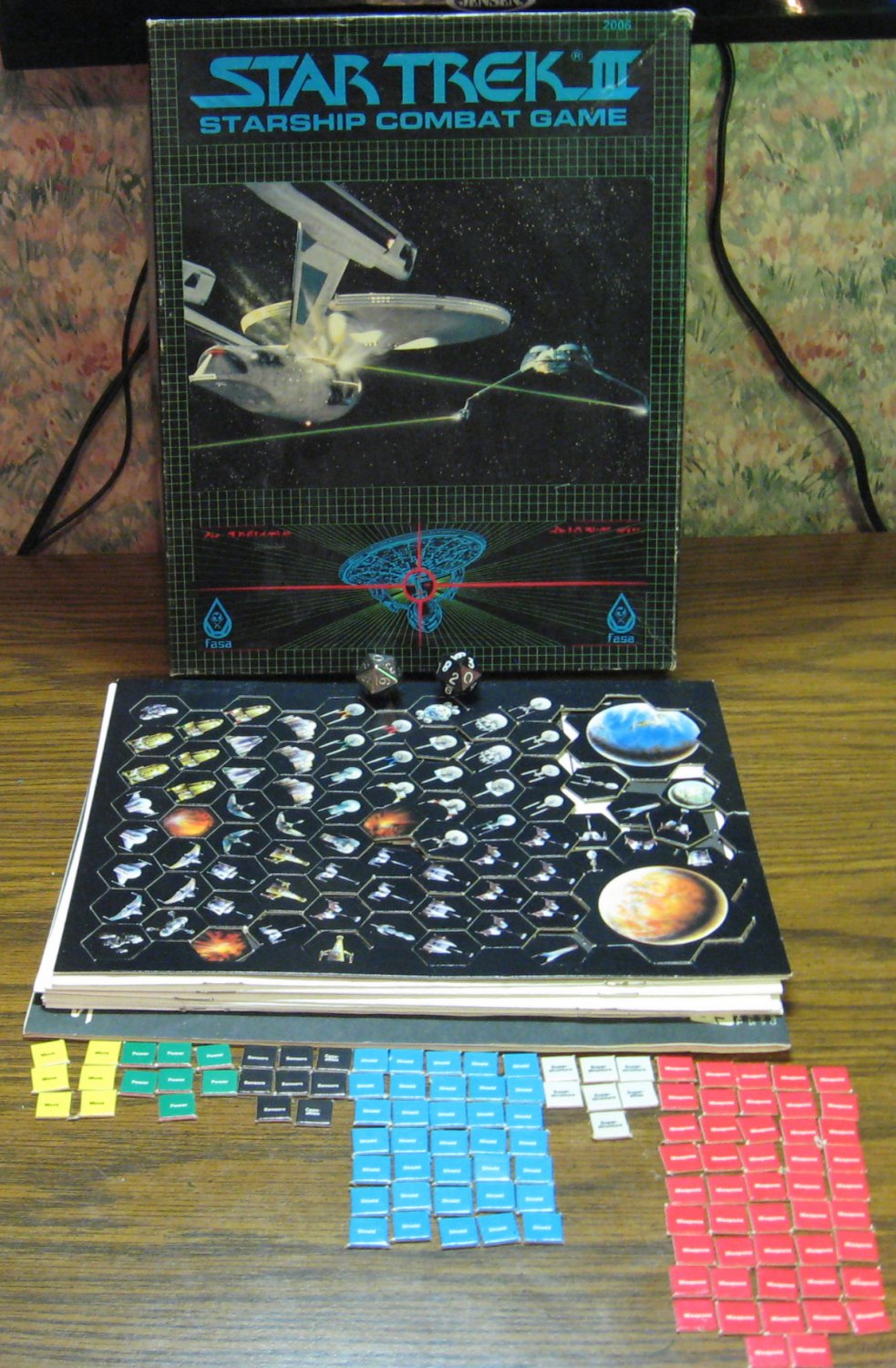 Tweet
This is Star Trek III, the Starship Combat Game from FASA, dated 1984. As far as I can tell, it is actually completely unused, as up until I tried handling it all for the photo shoot here, the majority of the hex tokens were still unpunched. It comes as shown; with the afore mentioned hex tokens, the Hex Grid (actually from the Star Trek II: Wrath of Khan set), a pair of 20 sided dice (each marked 0-9 twice instead of 1-20), Basic Starship Tactics book, Advanced Rules book, Starship Data and Combat Charts book, Introduction to Starship Combat, 1 Engineering Display , 3 Tactical Displays, and a bunch of display counters (6 Movement, 7 Power, 8 Sensors, 35 Shield, 7 Super Structure, and 47 Weapons). The box has notable wear from age and normal handling. See pictures for details.

Other Products from secretarybird (View All)