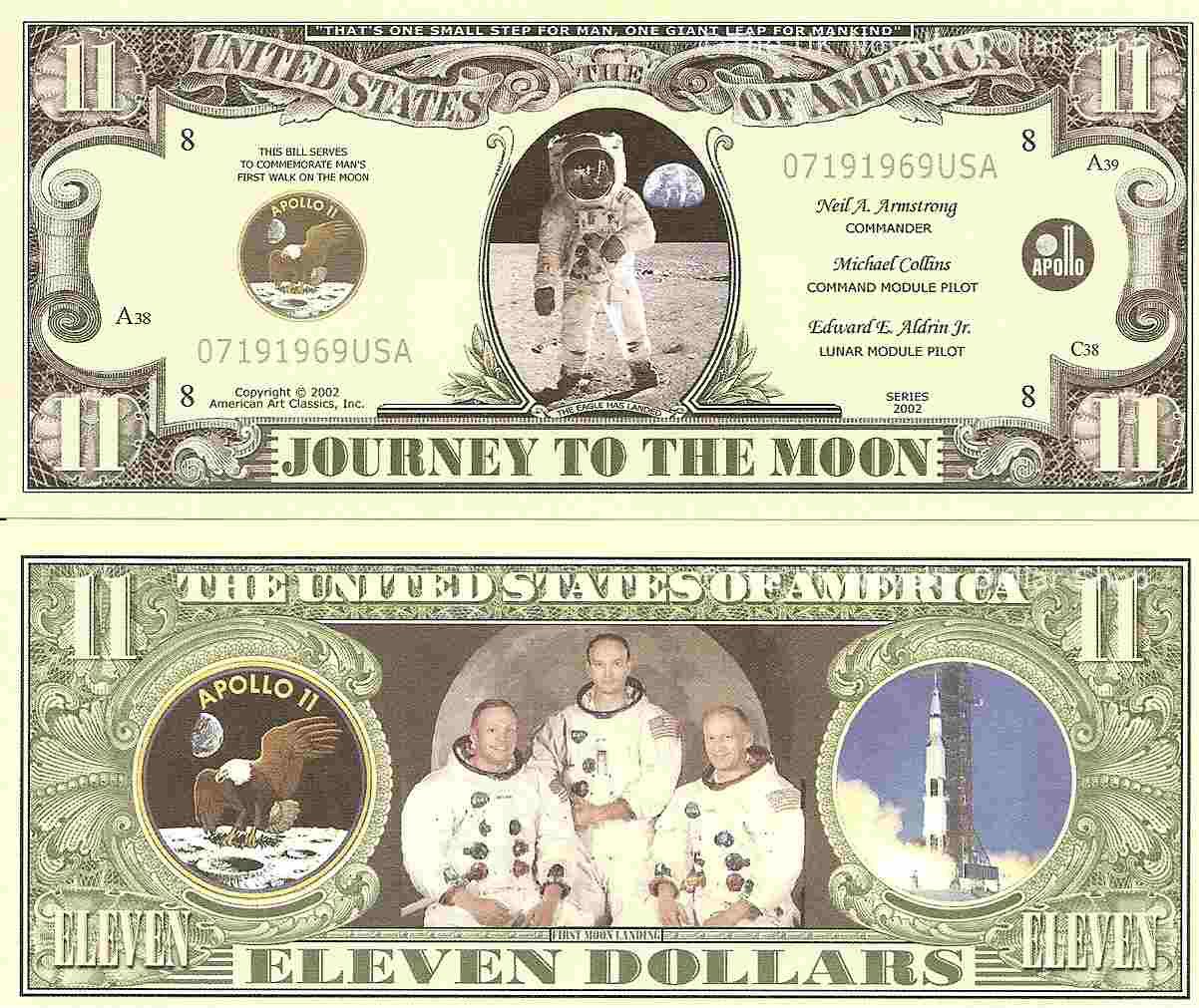 Two of each Bill so you can display front and back if you are framing them.

©The UK Novelty Dollar Shop watermark, will not be on the Bills.

Great care and attention to detail make these Bill's a HIGH QUALITY COLLECTABLE. Perfect gift for anyone interested in Space Exploration.

Other Products from theuknoveltydollarshop (View All)