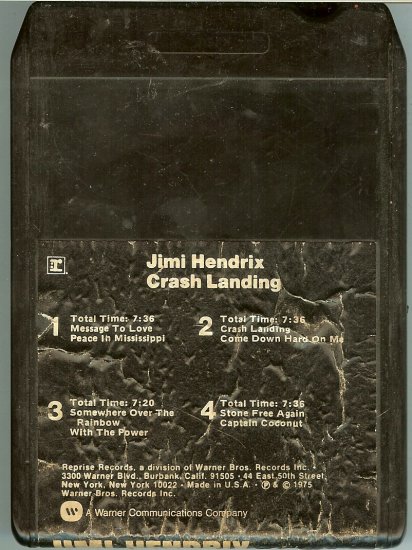 Tweet
Crash Landing is a posthumous ninth studio album by American guitarist Jimi Hendrix, released in March and August 1975 in the United States and the United Kingdom respectively. It was the fifth Hendrix studio album released after his death and was the first to be produced by Alan Douglas.

Douglas is a controversial figure in the history of Jimi Hendrix as he worked by taking unfinished tracks and using session musicians, none of whom had ever even met Hendrix, to overdub many of the parts. Furthermore, Douglas credited himself as co-writer of five of the eight songs on Crash Landing, much to the obvious distaste of fans and critics. Despite all this, the album peaked at #5 in the U.S. and #35 in the UK, the highest chart positions since The Cry of Love.