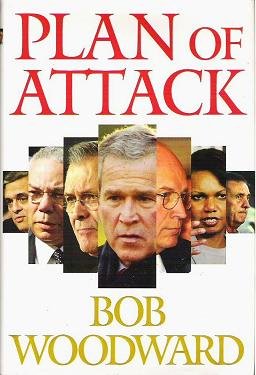 Tweet
Condition: Like New. Clean, tight, shiny dust jacket, no writing, no folded pages, crisp/white pages. As if purchased and placed in a drawer without being read...absolutely clean!

The 2003 American invasion of Iraq was contentious, not just in the arena of global public opinion, but within the tight-lipped world of the George W. Bush White House. As Bob Woodward reveals in Plan of Attack, Vice-President Dick Cheney and Defense Secretary Donald Rumsfeld were part of a group leading the charge to war while Secretary of State Colin Powell, General Tommy Franks, and others actively questioned the plan to invade a country that had nothing to do with the 9/11 attacks while war in Afghanistan was still being waged. Woodward gained extensive access to dozens of key figures and enjoyed hours of direct contact with the President himself (more time, seemingly, than former Bush administration officials Richard Clarke and Paul O'Neill claim to have had). As a result, he's able to cite the kind of gossip you won't find in a White House press release: Franks calls Pentagon official Douglas Feith "the ***ing stupidest guy on the face of the earth," Powell shares his alarm over how the cautious Cheney of the first Bush administration had transformed into a zealot, and Saudi Ambassador Prince Bandar seems to enjoy significantly more entrée and influence than most anyone would have thought. Bush is shown as a man intent on toppling Saddam Hussein in the immediate aftermath of 9/11 and never really wavering in his decision despite offering hints that non-military solutions could be achieved...--John Moe(amazon)

MAIL QUOTE OUTSIDE THE USA IS ESTIMATED. You may inquire what the rate will be to your destination prior to purchasing, as the amount may be much less...I'll update the cost on the invoice at that time.