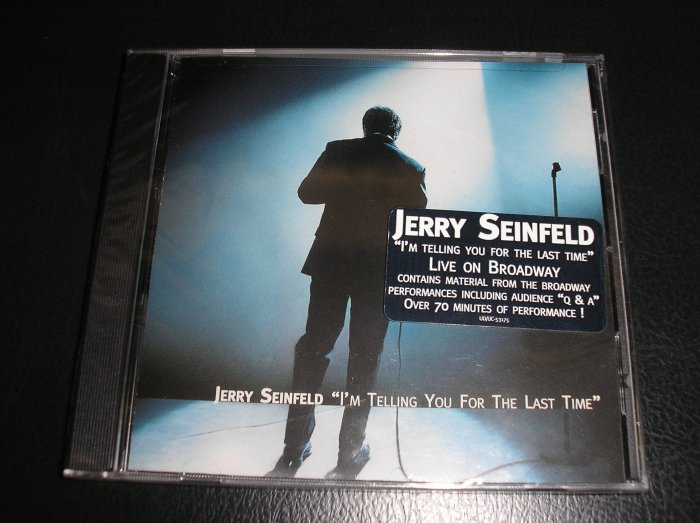 Tweet
This is a New Jerry Seinfeld I'm Telling You for the Last Time - Live on Broadway [ENHANCED] CD, still in the factory shrinkwrap!

There is a 2" crack in the jewel case under the shrink wrap.

On Jerry Seinfeld's debut CD, he already sounds sick of his material. Of course, the point of the performance that it captures--the HBO special I'm Telling You for the Last Time--was to perform the routine one last time and then retire it forever. This recording was taped just a couple of months after Seinfeld went off the air, and the crowd sounds like it's jonesing for a fix--they laugh at everything, even Seinfeld's setup lines ("So what's with the cabdrivers and the BO?"). Still, Seinfeld's humor--that now-familiar observation from a satisfyingly elitist point of view--delivers. But after all the late-night talk-show appearances, the book Seinlanguage, and nine years of the series, was there really any question? --Randy Silver