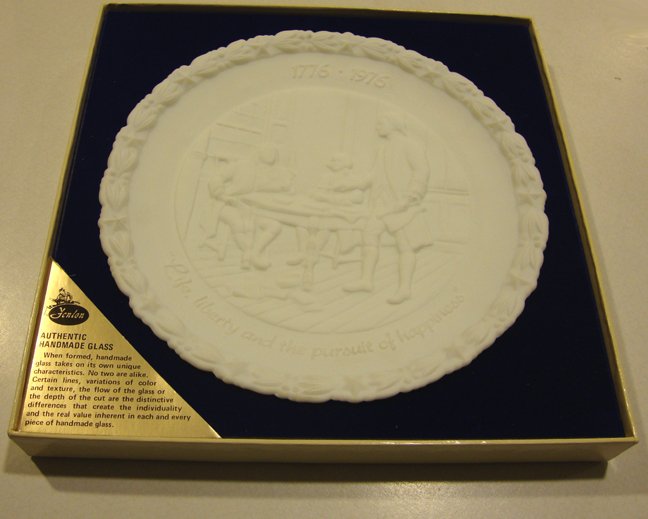 Tweet
Fenton white milk glass plate is the second in a series to commemorate the bi-centennial in 1976.

The front of this plate has a wreath garland around the rim, and shows Ben Franklin, John Adams & Thomas Jefferson drafting the Declaration of Independence. Inscription: Life, liberty and the pursuit of happiness.

Back info: "Issued January 1, 1974. Number Two in a Series of Four. Official United States of America Bicentennial Commemorative Project of the General Federation of Women's Clubs..."