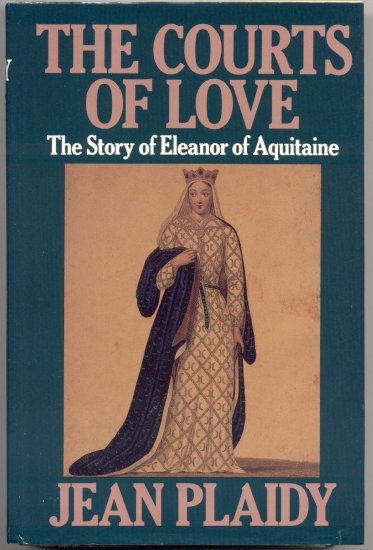 Told in the first person by Eleanor of Aquitaine, The Courts of Love is the story of a woman exceptional in any time but who, in the twelfth century, truly stood apart. She was a bold adventurer who, while still a girl, traveled to the Holy Land on the Second Crusade. Duchess of Aquitaine in her own right, she married first the king Louis of France and then, on his death, became the queen of Henry of England. The sons she bore him would include two kings-the mighty Richard the Lion-Hearted and John, whose wickedness and neglect of his kingdom would inspire the Magna Carta.

Willful and brave, Eleanor of Aquitaine clashed with the equally fiery temperament of her husband, Henry II, in a war which never ended, but which generated a family battle that would deeply affect the English throne. The Courts of Love is a powerful story of that war, of dazzling ambition, betrayal, adulterous passion, heartbreak, violence, and love, at the center of which moved one of the most intriguing women ever to be queen-the incandescent and notorious Eleanor.

Part of the Queens of England Series. In this, the fifth volume of a remarkable series, Jean Plaidy has brought to life one of the most epic stories in the history not only of England, but of women in power.

AKA Victoria Holt~Philippa Carr~Eleanor Hibbert~Kathleen Kellow. Eleanor Alice Burford Hibbert, better known to readers as Victoria Holt, Philippa Carr, and Jean Plaidy, was one of the world's most beloved and enduring authors. Her career spanned five decades and she was heralded as the "Queen of Romantic Suspense.


Buyer pays Shipping. **Payment must be received within 10 days of the end of the auction, unless other arrangements are made. Checks held till clear. Money Orders & Paypal Payments shipped on receipt. Buyer Must Request Insurance at Additional Expense. IL residents Must add Sales Tax.